With all the BS Proposals to Fix Immigration Reform, How About Resurrecting A Solution That Would Actually Work, Senate Bill 744? 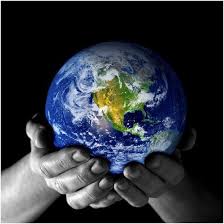 I am sure it does not surprise you when I say Hispanics were feeling differently about the Cinco de Mayo celebrations that just passed, for it is hard to see a positive outcome for immigration reform between the building of a border wall and the new threats about withholding funds for “sanctuary cities”.

Like it or not, we must accept the fact that illegal immigration is of great concern among many American citizens. The 2016 presidential election demonstrated this fact. Unfortunatelly, the proposal to build a wall on our southern border, that Mexico would pay for, became so popular that it watered down the complexity of fixing our outdated immigration system.

One only has to stop and think about the fact that over 45% of people living illegally in the USA entered this country legally to realize that a wall solution alone will not come close to fixing the problem. In my continuing series of blogs about immigration reform, I wanted to present a tangible solution. Today we  are in a battle between the federal government and cities over immigration enforcement. Piecemeal strategies will end up doing more harm than good, so why not try to implement a comprehensive solution that will work?

The good news is that a solution to this problem already exists. In 2013, eight senators, known as “the gang of eight” authored a comprehensive immigration reform bill (S. 744) and was later passed by the US Senate. The eight senators to work on this were, Sen. Michael Bennet, D-CO, Sen. Richard J. Durbin, D-IL, Sen. Jeff Flake, R-AZ, Sen. Lindsey Graham, R-SC, Sen. John McCain, R-AZ, Sen. Bob Menendez, D-NJ, Sen. Marco Rubio, R-FL and Sen. Chuck Schumer, D-NY. Unfortunately, Speaker of the House John Boehner killed the bill by refusing to schedule it for a vote.

This is what S. 744 tried to accomplish.

This is how you fix our immigration system, with a comprehensive proposal that addresses our country’s needs yet maintains human respect for those affected. I urge you to contact your federal elected representatives to revive this senate bill, amend it to fit current conditions and pass it into law. These solutions are long overdue.