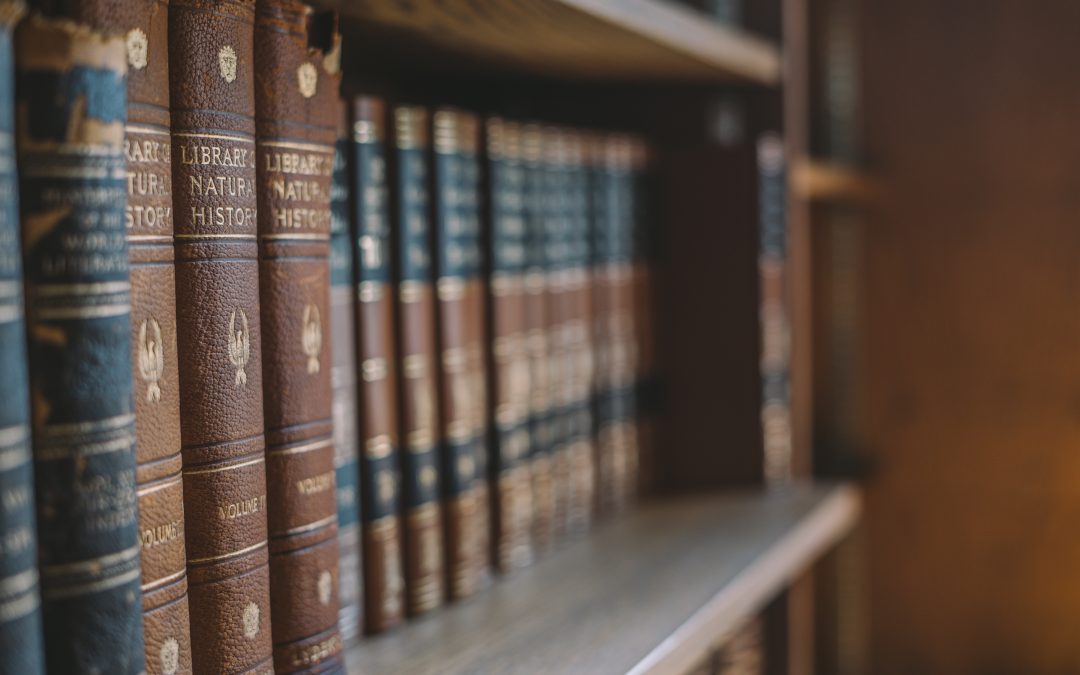 Perhaps you are not old enough to remember when every young family had to have an Encyclopedia Britannica (or a version thereof) in their home. Long before computers became an integral part of our lives, an encyclopedia adorned most houses in the United States.

It was not so much that the books were read cover to cover; it was more an encyclopedia was a symbol of a family’s respect for culture and knowledge.

In my parent’s home, they placed the encyclopedia in the living room. Although I can’t remember anyone of us using the books much (except to help in preparing the occasional term paper), I believe my parents place it there to show visitors we did a lot more than just watch TV.

In the late 1960s—my high school years—Encyclopedia Britannica was a giant that had a footprint in most homes. Being an encyclopedia door-to-door salesmen was an actual job and I remember those who came to convince my parents to update their version so their three sons could access the most current knowledge.

Life is always changing and evolving

The other day, I read an article describing how, in the 1980s   Microsoft pitched Britannica on developing a CD version of their books people could use on their PCs. Britannica turned Microsoft down, opting instead on improving the quality of their book covers.

We all know how that turned out. Microsoft developed Encarta. As personal computers became the norm, families chose Encarta because it would update its information automatically as opposed to the closed loop of a set of Britannica. If anybody owns an encyclopedia today, chances are it is an old relic.

I do not intend to criticize the Britannica corporation for making these decisions. It just that their example illustrates what can happen when you cling to the ways that have made you successful. Our intoxication with being forever triumphant can make us miss the opportunities to grow and expand. This applies to everyday lives just as much as it does to large corporations.

Having been a part of large organizations, I can see how Britannia executives did not see the need for change. As parents and schools teach our kids to value success, so do our corporations. Executives get promoted for being experts in what the company does, they were more than likely not rewarded for abandoning an old path and chartering a new one.

Similarly, our parents teach us to be good children by following the rules. The more “A’s” we get in school the more we prove to them we are worthy of their love and care. Finishing the chore in the way they taught us can earn us more allowance or privileges.

Schools teach similar things; it takes a certain grade point average to make the honor roll (implying that those below that line don’t deserve honor). You move up or go to the right college based on your good grades and your ability to pass a standardized test! Meaning they test you to see how you measure up to the status quo!

Society similarly teaches. Our social strata is the biggest example on how society teaches the same thing. We are the 1%, or the upper, middle, or working class and those at the poverty level. We honor those with the greatest wealth and status and treat all others like they have something lacking in their lives for not being like those we hold up high.

This attitude is a big part of competitive endeavors, like sports, winners get praise and losers get disparaged for their lack of heart and effort.

We have become a culture where success is the only option. When failure is not an option, we stop taking chances. Therefore, few of the most successful people will deviate from their known habits and knowledge because doing so introduces the risk of failure. This is perhaps what sealed the fate of Encyclopedia Britannica.

Introducing creativity in our lives

The thing I love the most about quantum Physics is that it allows all possibilities to exist. When you pick a hypothesis and then act on it, there are endless possibilities that can result. This is the case every time we act on the same hypothesis that we believe created a success for us in the past. But this is an illusion because we cannot re-create all the conditions that led to past success. Yet, because we have become so convinced repeating our past efforts will guarantee success, it devastates us when they don’t. Remember, eventually, every proven hypothesis will net a different result because life and conditions are ever changing.

It is important to our lives we deliberately spend a portion of it experimenting with new things. A company can do this by investing in research and rewarding those who come up with new ideas and implement them.

In everyday life, you can do this by challenging yourself to do something new. This can be something small, like a hobby. You can also embrace all human possibilities, which creates room for you to accept and value anyone for being who they want to be, even when that is something foreign to you.

Decay starts when we become satisfied, comfortable and secure. Hanging on to these feelings by continually trying to replicate them leads to death.

I am not advocating we completely shatter the known for the unknown (although, there are some people who regularly do that) but we need to allow room for the uncertain and the new. Life is more joyous when we are creating.