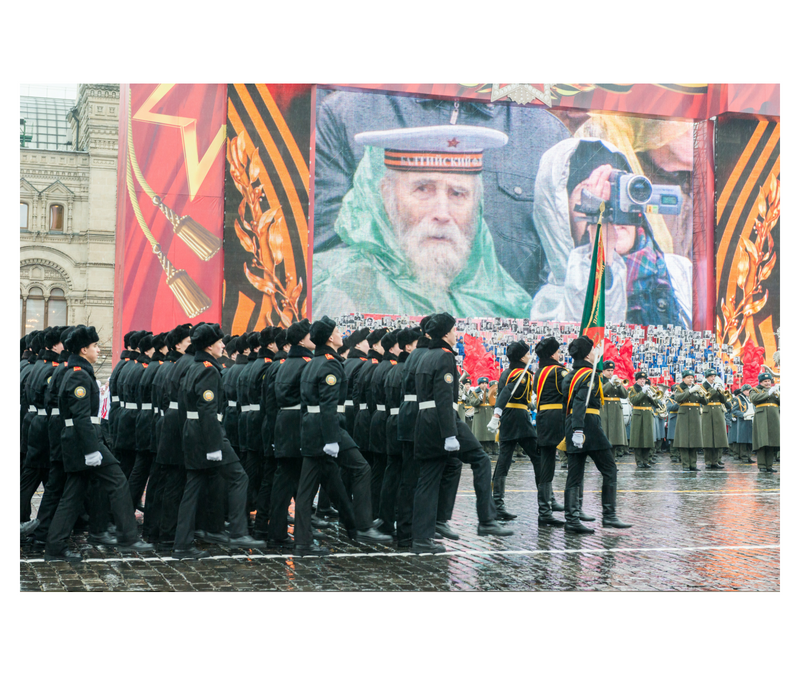 It is very difficult to ignore the feelings of helplessness that percolate inside when we look at what is happening in our world. Democracy seems to be waning under the boots of tyrants who seem to control all power and can destroy millions at the snap of their fingers. The bad guys seem to be winning and, any day now, we may become pawns at their mercy.

It is easy to succumb to the barrage of negativity we receive from the television twenty-four-hour news cycle. The bad stories stoke our fears and we worry about protecting all we have. Sometimes, things get so intense, we distract ourselves with things that hide the fear that someone is scheming to take away everything we hold dear.

Hopelessness results from concentrating our attention on the negative. While it is true that the world has dozens of heartless rulers and governments who exploit and murder their people, there is even more evidence that something in every human always triumphs over these oppressors. Perhaps who you fear is an oppressive boss or an abusive partner, or a bully at school or in the neighborhood. This power within will outlast them too.

Most of us aren’t aware of this inner life force even though it has made its presence known in the midst of our most dangerous times. Perhaps we ignore this inner force because it does not present itself when our life vessel is sailing on smooth waters.

I was a ten-year-old boy when I first experienced this inner power. My parents had just placed my brothers and I on a Pan American flight that took unaccompanied Cuban children from Havana, Cuba to Miami, Florida. The flight was part of Operation Peter Pan, an American government/Catholic church sponsored program that gave Cuban parents that feared the effects of Castro’s Revolution a chance to send their children to the USA.

This was a time of great anguish for my family. The political chaos in Cuba drove my parents to make the unthinkable decision of sending the three of us to America. They had no assurance for our safety and no guarantee the family would be reunited.

For the Cuban children—fourteen thousand in all that were a part of Operation Peter Pan—the thought of leaving their parents for another country was well beyond their emotional abilities to handle. This was clear as I sat in that airplane listening to the hundreds of kids crying and lamenting their loss. Like them, the sadness and fear I was experiencing broke my heart. I was in so much pain I feared I would die. After a few minutes along the 90-mile ride from Havana to Miami, I was certain I would not live another moment.

When death didn’t come, I begged God to take my life, for I could not withstand the pain any longer. I closed my eyes and waited. But death never came. The sound of anguish was the only constant in that plane. With my eyes still closed, I wondered why a loving God had not spared me from all of this sorrow.

The culmination of events in the days that followed took all hope away from me. I was ready to end my life, but it was then that I realized something inside me would not allow it. It kept my heart beating and my lungs breathing, It gave me no alternative but to move forward, one breath, one step, one minute, one day at a time.

What is this force within us?

Did I experience the god within? I think so, because something else was in control. While it is true that I could have committed suicide, the fact remained that what was keeping me alive was beyond my comprehension. Not even Fidel Castro’s powerful effort to bring suffering into my life had affected this force within.

After a few weeks in Florida, the Operation Peter Pan administrators threaten to divide the three of us into two separate orphanages at both ends of the country. This same force caused me to scream in protest against the authorities. It did in my brothers as well, for the three of us stood together in our vocal refusal against being divided. We succeeded, and the authorities soon sent the three of us to an orphanage in Colorado.

As the days and years wore on at the orphanage, this mysterious force offered more than just the biological orders to keep my body going. When I needed it, it offered hope in the form of an adult that volunteered to teach us to speak English. Other times, it provided protection through one of the older kids who interceded when the orphanage bullies were beating me up again. There were other moments when it whispered thoughts and hints that helped me survive my circumstances. It was then I realized I was connected to something bigger than myself.

There have been other times in my life since where I wanted to give up, but this internal force has not allowed me to quit. It is as reliable as the sunrise. Although this presence has not prevented the emotional pain that have accompanied my life transitions, I know, even in the midst of despair and exhaustion, it will not abandon me. This quiet force will be there keeping me alive and beckoning me to move forward one step at a time.

I am not alone in experiencing this force within, some call it by other names, God, Holy Spirit, Higher Power, Higher Intelligence, the Unified Field, and many others. These names are too formal for me, so I have taken to affectionately calling it “my little peanut” because it feels like this tiny but indestructible thing resides next to my heart. More incredible is the fact that my little peanut can pump blood into my veins even when my heart has been broken.

I know someday my little peanut will stop my lungs from breathing and my heart from working, and I will die. But I know it will decide my fate when I am done learning my life lessons. I have stopped fearing death, for my little peanut and I will decide when my time is up. What is required of me is to live joyfully, learn from my experiences and evolve into the highest being I was born to be.

On November of 2016, when the Cuban government announced Fidel Castro’s death, I did not rejoice. I was reminded that, although Castro took everything from my family and me and made us start over in the United States, he was unable to kill the spirit inside each one of us. In fact, we transformed our lives into even greater ones than we could have ever known had we stayed in Cuba.

There are stories even greater than mine

I am reminded of Viktor Emil Frankl, a prominent Jewish psychiatrist and neurologist who was placed in a Nazi concentration camp in 1942 along with his pregnant wife and parents. He walked out a free man three years later although his family members perished. Frankl documented the horrendous circumstances holocaust survivors endured in his book, Man’s Search for Meaning. He discovered that those who found meaning in the most terrible conditions were far more resilient to suffering than those who did not. Frankl wrote;

“Everything can be taken from a man but one thing, the last of the human freedoms — to choose one’s attitude in any given set of circumstances, to choose one’s own way.”

I did not have to endure this kind of suffering, yet I learned a similar lesson to what Frankl advocates; suffering is sometimes inevitable but endurance and ultimate victory over evil is our destiny

They say, “what doesn’t kill you shapes you”, but I am not so sure I agree. What doesn’t kill you only shapes you if you open your heart and mind to the life lessons available to you. Trust that your little peanut awaits your attention and will keep you alive so you can learn and grow from your experiences.

Remember, your spirit can never be snuffed out, it will always be there to pick you up and carry you onward. This is the certainty that lives in you. It is more powerful than anything in this world. While some of us may die at the hands of another who believes he/she has the power of life and death over you, know it is only a mirage. The decision to transcend this life to the next phase will be made by you and that powerful force that lives within.