How to Forgive an Unrepentant Abuser 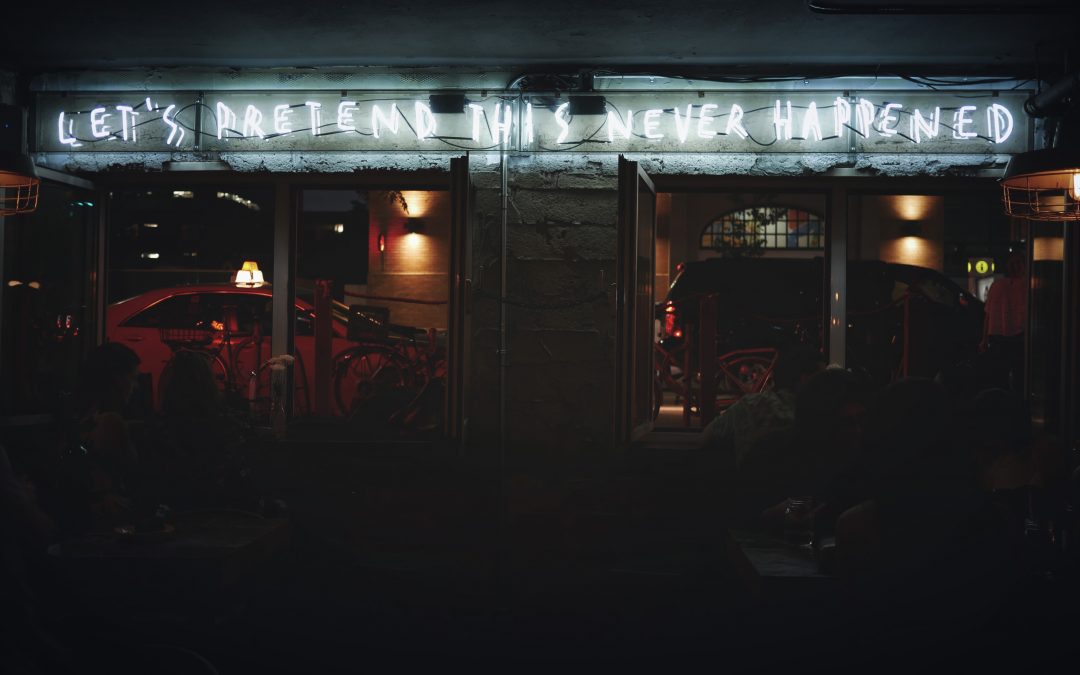 The question of forgiveness has been around me a lot lately. Perhaps this past Father’s Day made me recall the thorny relationship I shared with my father and mother. A week ago, as I was cycling in Spain, I had plenty of time to reflect on the topic.

I have always struggled to give proper definition to the concept of forgiving. Having grown up Catholic, it is fair to charge my religious teachers with having drilled into me the first version of this idea. Christ, they said, defined forgiveness for us when he said, “turn the other cheek”. Even the Lord’s Prayer implicates that our own forgiveness depends on how we forgive those who hurt us.

“Forgive us our trespasses, as we forgive those who trespass against us.”

These ideals worked fine for me as an adolescent, but as I became more aware of the way of the world, they stopped making sense. For example, I struggle to think a person who has suffered unimaginable trauma at the hands of some unrepentant perpetrator, who raped or mercilessly abused them, cannot receive God’s forgiveness unless they heal that relationship. I don’t buy it. I don’t think healing the relationship with those who perpetrate their abuse upon us is neither necessary nor required of us. However, it is important that we move on from hatred and anger to some notion of inner peace.

It is important to remember that not all abuse is physical. Emotional abuse can be just as traumatic and it can lead to the degrading of one’s self esteem. I realize that not all of us have experienced the kind of evil and psychopathic abuse aforementioned in this article, but I do think most of us have experienced forms of rejection, betrayal and disrespect that left us feeling unworthy and unloved. Therefore, in order for us to progress as human beings, we must learn to put these things to rest. I thought it would be helpful to share the things I have discovered that have helped me to overcome the effects of the traumas in my life.

1)     Stop lying to yourself. It is our human tendency to minimize or rationalize the trauma we witnessed and/or endured by making up stories. This was a coping mechanism we learned as children when we tried to explain the irrational behavior of adults. Some of these stories have lived in us for so long that they submerged into our unconscious and replaced our reality. Most times, this new explanation became the source of our behavior. In my case, for example, I assumed I made adults misbehave towards me. I judged it was my fault because of my flaws and unworthiness of love. But this simply was not true. I was a kid, a victim, I should not be held responsible for the bad actions of adults. In order to heal my inner wounds, I had to let go of these lies so I could view reality for what it actually was,

This feeling of unworthiness and not being enough is prevalent in most adults. A terrible example of this is how abused women blame themselves for the beatings they received at the hands of an abusive, alcoholic husband. “It was my fault, I should have known better than to….” “He is such a good person when he is sober” and so on. If you find you are taking responsibility for the bad deeds others have perpetrated on you, chances are you are lying to yourself in order to keep that relationship going.

2)     Accepting what happened. Perhaps people make up these lies in order to hide the terrible facts of what actually happened. Acceptance is hard because, when you stop excusing reality, it might trigger a response that frightens you, like moving away from that person or ending a relationship. It is not enough to stop retelling the fantasy you have created; you cannot heal yourself without acknowledging the seriousness of what happened and identifying the perpetrator. Only then can you accept there was nothing you could have done to change the event.

3)     Empathy Instead of Retaliation. Just as I was writing the word empathy, a voice in my head screamed,

“How can I possibly find empathy for someone who wronged me when all I want to do is beat the crap out of them for what they did?”

I know, it is ironic to think our path to wholeness does not include some sort of punishing blow towards the perpetrator of our torture. But I submit to you that retaliating would only keep you hooked on to the issue. By now you should know violence of any kind cannot amount to anything, nor will it ever. Two wrongs truly don’t make things right. You cannot fight abuse with retaliatory abuse. Hating or trying to get even with those who have hurt you will only poison you and prevent you from realizing your highest potential as a human being. Showing empathy means that you realize their bad behavior was not about you, it was about their lack of effective relationship skills, not knowing how to love, their addictions or their own lack of good self-esteem. Empathizing with them means that, while you recognize their flaws, you can accept the concept that they may have been doing the best they could with the skills they were given. This is not dismissing what they did, it is simply letting go of your grievances because they serve no purpose other than enhance your pain and suffering.

Perhaps this is what Jesus meant when he said “turn the other cheek.” I don’t think he was implying for us to stay there and take another beating. It would be idiotic not to run for shelter or protect you from further harm. I think he meant for us to realize that we don’t live inside someone’s skin but our own. We don’t know what goes on inside a person to have caused them to adopt destructive behavior. Like you, they did not come equipped at their birth with a manual titled “How to Live Successfully”. Like you, their culture, upbringing and environment affected them.

4)     Distance Yourself From Harm. There are times we confuse our responsibility to family with the guilt feelings we have for not being near them or sharing time together. We all know of instances where people travel thousands of miles on holidays to visit family even though they know those times will be a painful wreck. My advice is, stay away from toxic people, even when they are your parents, siblings, children, extended family, coworkers, etc. Think about it, would you knowingly jump into shark-infested waters? Probably not, then why would you expose yourself to mindless people who think nothing of insulting, degrading or harming you. It is important to protect yourself, period. Don’t let feelings of guilt rule you. Feeling guilty is just another way of telling yourself you are not worthy of being respected and loved.

5)     Forgive Yourself. The most important forgiving you need to do is to forgive yourself. There is no better way to move on than to acknowledge you did the best you could. So many victims of abuse blame themselves for not having avoided the situation or they assume responsibility thinking about what they chould have done different. None of that is true; you did not cause someone to abuse you. Understand and accept that someone’s abusive behavior towards you was not your fault. You were not responsible; there was nothing you could have done to prevent it.

Word to the abuser. If you are an abuser who has become conscious of your past actions, you cannot forgive yourself until you prostate yourself in true repentance in front of your victims and acknowledge your wrongdoing and, if possible, provide appropriate reparations and resolve to change. It is not enough to claim you didn’t know any better at the time. That may be true for you, but someone else suffered as a result of your actions. Only through your recognition and request for forgiveness can you begin lifting the curtain of self-discovery and come in touch with your highest self.

6)     Forgive the truly repentant but keep appropriate distance. As implied in the paragraph above, it is very possible that a former abuser may come to you with true repentance and reparation for their wrongdoing. That being the case, you may wish to hear their explanation. You should do so with skepticism and a good measure of caution, don’t allow wishful thinking to confuse you. A person may be truly repentant for what they have done, but that is only a beginning. Even the passage of time cannot guarantee that they have truly changed, opening the door too soon may leave you vulnerable to being taken advantage of or abused again. I believe it is imperative that one forgives the repentant soul, but it is even more important that you remain protected. Proceed with caution. Trust but verify before proceeding to heal a relationship with a formerly abusive person and even then, proceed with tiny steps.

I don’t why I wrote about this except to acknowledge I am dealing with the dismantling of my own inner lies regarding my life journey. I hope it helps you.