Hating Trump or His Critics is Wasted Energy, Put Your Efforts Instead Towards Uniting Those Around You. 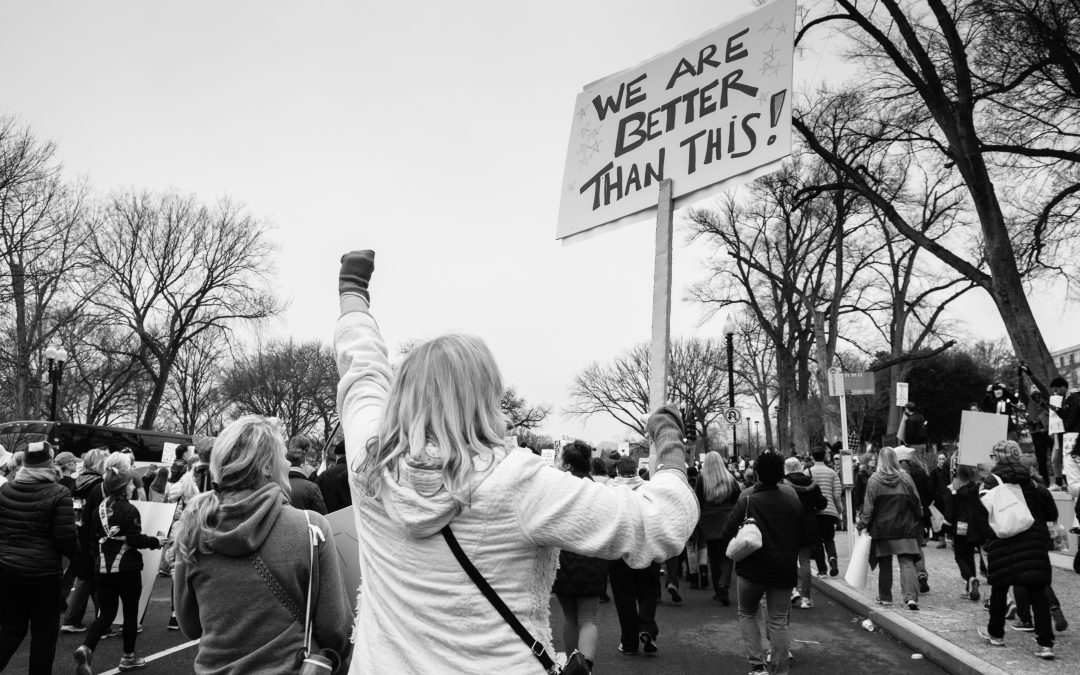 Ever since the presidential election, I have listened to nighttime comics poke fun at our new president. Months before, I had stopped tuning in to the news because of the constant bickering between political sides. The laughter relieved my anxiety, but it could not cover up the sense of impending doom waiting just around the corner. Out of all this, a question kept surfacing into my conscious thoughts. “How is insulting and criticizing the President helping or improving anything?”

In spite of the barrage of articles, news stories and comedic acts, Trump supporters remain fiercely loyal to him. Those who voted for Trump seem immune from his numerous gaffes, outright lies and misstatements. Whether this lack of acknowledgement is sheer mistrust of the sources or out of hardheadedness, the fact remains that Trump supporters have remained faithful to their leader.

Since I have an engineer’s mind, I can’t help myself in trying to come up with an explanation for this phenomenon so I can try to fix it. I have come up with two possible explanations. The first one relies on an old cultural belief that one can talk bad about a family member, but others from outside the family circle are not allowed the same privilege. For example, a husband might talk ill about his parents to his wife, but the minute she speaks critical of them, anger fuels his blind defense of them. It is possible that Trump voters see him as a father figure and, therefore, come to his defense when someone “outside of the family” criticizes him.

My second theory is that Trump represents the growing discontent with the direction our country has been traveling for decades. Polls and statistics have shown that, over the years, a large percentage of Americans have not enjoyed many economic and social benefits. They see Democrats win the majority in Congress and little improves. Then they see a wave of elections that gives Republicans the majority and nothing much changes either.

Adding to this sinking feeling that the country is not working for them, there is a real fear the changing demographics are changing America’s values. I blame the demagoguery of immigrants and the inaction by lawmakers on immigration reform for this problem. The combination of these have slowly caused people’s fear of other races, origin and religion to come to a boil. This fear has morphed into a cultural war within our borders.

Trump represents the “Fuck it, erase the board and start over” option that a “yuge” number of Americans chose. It is true Trump does not have the majority of Americans because Clinton took the popular vote, but the fact remains that a large portion of voters who supported the Republican candidate did so because they are dissatisfied with our government.

After my thirty-six-year career in government, I agree with this dissatisfaction. I remember a time when our elected officials rolled up their sleeves after elections and got to work on governing. Now most politicians seem driven by their desire to win elections while showing little interest in working together.

Corky Gonzales, Colorado native and Chicano activist who founded the Crusade for Justice, received criticism for calling the Republican and Democratic parties “two heads from the same body.” I didn’t agree with him so much then, but now, it is hard to recognize how either political party is upholding the interests of the American people. Both major political parties seem only to have developed a keen sensitivity for gathering votes.

Perhaps it would be simpler if the values of each party stood in contrast to one another, but what seems like a party platforms today can shift around as tectonic plates on the earth surface do before causing earthquakes. We can claim Republicans hate the environment, yet Republican President Richard Nixon created the Environmental Protection Agency (EPA) during his tenure. We can talk about Republicans being the war mongering party, as evidenced by Republican President George W. Bush’s rush to invade Iraq, yet Democratic President Lyndon Johnson misrepresented facts to Congress to escalate the Viet Nam War. We can argue that, today, Republicans are anti-immigration, but Republican President Ronald Reagan gave amnesty to 18 million immigrants who were living illegally in the United States.

“What we have here is a failure to communicate.” This famous line from the movie Cool Hand Luke reminds me we are not seeing the correct political landscape. Does anyone remember the last time our leaders set their differences aside and worked together for a greater good? The fact is that nowadays our major political parties shift their positions when it is convenient to garner the majority of votes. Perhaps one does it better than the other, but they both do it. This is the same thinking successful sports team adopt to help them win, they shift strategies when necessary. Like a basketball team that switches from its old reliable zone defense to a switching man-to-man defense to stop the other team from making three pointers.

Political strategies shift whenever the candidate feels he/she has to do so to win the majority of votes. The problem now is that these kinds of changeable strategies have been going on for so long among political parties that no one quite remembers what they stood for.

Today half the country complains while the other one rejoices. Had Clinton won, today’s unhappy half would rejoice while the other half would criticize her. What good would that have done? The system would have remained broken, partisan politicians would still dig their trenches while waiting for the opportunity to pounce on the other. Nothing would get accomplished except for the creative finger pointing that comes from both sides.

I am grateful our divisions have been exposed, for we now have a chance to change them, but this will not occur through the continual insulting of the President. Although this does not differ from what Republicans did to Obama, we all know, to quote a famous adage, “two wrongs do not make a right.”

Whether we like it or not, agree or disagree, people who supported Trump want to be acknowledged. I agree that Trump’s actions so far have not been to my liking, but to insult the President and criticize everything he is doing just feeds the fires of hatred and separation. This does not recognize the legitimacy of the beliefs that those who voted for him stand for.

I believe if we work for the things that unite us, then we shall see it is wrong to ridicule and insult anyone who thinks differently.  If we truly want to evolve our country into a greater one, we must do it in the following ways.

1) Be a voice for the voiceless, the forgotten, the mistreated and the dismissed. Whenever you take on this role, do it in respectful ways, promote peace and acceptance, provide help and shelter and, most importantly, connect everyone’s hearts by triggering their compassion to do something constructive to solve the issue. For me, this means supporting policies like immigration reform, opposing the Muslim travel ban, speaking against racism, homophobia, misogyny, sexism and anything that uses hatred to promote a separation between us.

2) Work to expose injustice. This could mean shining a light on unjust policies, words and actions that hurt people and destroy our world. This can be on many topics, but the goal should be to bring comfort and fairness to those unjustly treated.

3) Do not stand silent when you witness individuals at any level conducting themselves in an unfair and unjust manner towards others. We must speak truth to power when leaders abuse their authority. Call out of the shadows the unfairness, cruelty and damage caused by this kind of leadership.

4) Support the leaders and politicians who promote unity, justice and peace in our families, churches, schools, cities, regions, states, nation and the world. We should call those out who prey on our fears to implement their agenda as enemies of what is right and just.

5) Support policies that encourage peace, harmony, cooperation, generosity and compassion. Hatred can only beget hatred and violence and force will only bring more of the same along with retribution and revenge.

6) I believe Freedom of the Press is under attack and we must defend that right. We need the fourth estate to keep those in power accountable, but we must insist our news outlets move away from punditry and assume the responsibility of reporting and informing us as objectively as possible.

To some this will sound like the wishful or inspirational ideals that belong only in books. Some will argue that reality is different and we must work to destroy those who oppose us before they destroy us. Perhaps they are right, but then ask yourself, what has the divisive, corrosive, hateful and mean-spirited ways in which we treat each other gotten for us so far? What benefit is being accomplished by the purposeful widening of the political divide? If we are realistic in our answer, I am sure the majority of us fear the demise of our way of life and feel helpless to do anything about this.

Let’s stop allowing the negative to rule our lives. Shut out the voices of fear and hatred and replace them with your voice for decency, transparency, integrity and respect. By all means, speak out, but do so in a way that does not demean those who disagree with you, do it in a way that calls for us to become better humans.