I Was Forcibly Separated From my Parents as a Child, Here is How This Impacted My Life 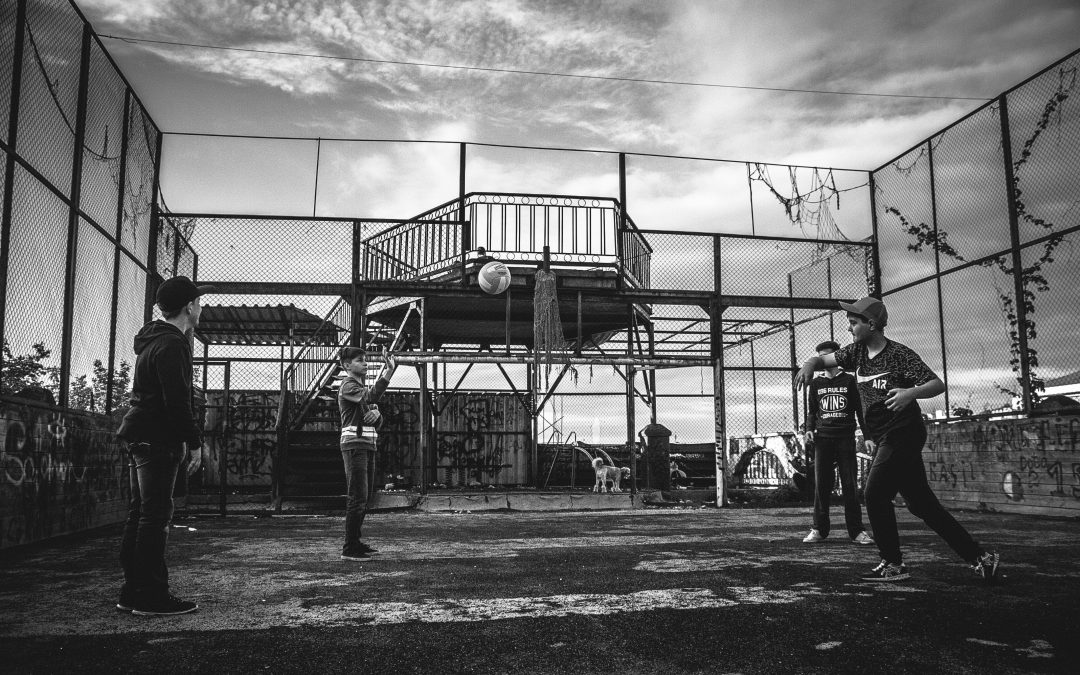 Every parent dreams of giving their children a better life. This desire is not just based on love for our offspring, if you have experienced setbacks—who hasn’t—you know life can bring you to your knees, so you want to spare your children from experiencing a similar fate. Yet, no matter how hard we try, we cannot protect our kids from the pain that comes from trauma.

Ironically, even our parenting style can be a source of suffering for our progenies. Many psychological studies have documented how parents can be a source of hurt for their kids. I am sure I have done things that imposed a negative effect on my children. Similarly, my brothers and I suffered from my parents’ dysfunctions. I could say the same for my mom and dad and what they experienced at the hands of my grandparents. But neither my grandparents, parents or myself ever set out to intentionally hurt our offspring. Whatever we did—although hindsight would judge our actions as mistaken—we based on the best available information at the time as interpreted by our level of consciousness.

Most people know the history of how Fidel Castro took the reins of Cuba’s government in 1959 and changed the fate of the island forever. But few are aware of a US/Catholic Church sponsored program, called Operation Peter Pan, that allowed Cuban parents to send 14,000 children, unaccompanied, to the USA. I was ten years old and my two older twin brothers were eleven at the time my parents took advantage of this program and placed us on a plane to a better life.

Operation peter Pan is but another example of the desperate measures an asylum seekers will resort to when life in their country has become unbearable and unsafe. Fortunately, when my parents sought help for their children, Americans opened their arms broadly, not only to Cuban children, but to all the Cuban people who took refuge in the land of freedom.

Yet, despite my parents’ efforts to save us, they could not prevent my brothers and I from experiencing trauma. The pain I felt as we boarded that plane towards a country where our fate was uncertain was so agonizing that I wanted to die. I am sure it was the same for my brothers. To this day, the three of us still believe this has been the most harrowing experience of our lives so far.

The emotional damage I suffered

When trying to measure the extent to which trauma causes damage in children, it is important to remember that minors do not understand the nuances behind the behavior of adults. Children have no clue about politics, law, or the difference in governments. They rely on being taken care of by adults. When children are confronted with adult actions and circumstances they cannot understand, their brains will explain it and then suggest the action they should take. This is part of the human survival instinct.

Because someone had taught me that god punishes us for our sins, my instincts told me I was responsible for the pain and suffering I was feeling because I had been less than a perfect boy. I was flawed and this would always be at the root of all my suffering present and to come. Over the years, this self blaming became so ingrained in me that it became an unconscious reaction. This belief has been at the root of the fear I have lived with most of my life; others will reject and abandon me if I do things that upset them. This has been my hell, and, although I learned to overcome this tendency in business, I was not able to do so in my romantic partnerships.

Difficulty in handling life changes has been another side effect from my parental separation. As we all have learned, change is the only constant in life, but for me it triggers deep seeded and dark emotions. Every time I am confronted with change, especially a physical move, my mind returns to those dark times when I was ten years old. Even positive change, like a work promotion, could send me reeling into a period of depression that would last months and even years.

There but for the grace of god go I

There have been several times in my life I didn’t expect to make it, but somehow, I had enough grit to tread emotional waters and make it to the other side. However, I also know how close I came to giving up. This was the  burden planted in me by this horrible trauma.

It has taken me a long time and a lot of work to become aware that my life was being driven by these feelings of low self worth, but I am finally free, for I can proclaim that I am a good person and that I was not, back then nor now, responsible for the bad behavior of others.

Because I am one of those people who has experienced this (and survived), I wanted to bear witness to the damaging effects on my development caused by the separation from my parents to bring more clarity to this issue,

There is no moral imperative that can justify hurting children intentionally. Sadly, this is going on in our southern borders. The justification for this policy is that it provides a strong disincentive for people to immigrate into the United States. But supporters of this policy have not considered the frantic steps desperate people will take to help their families survive.

Reports so far show this policy has not altered one iota the rate of people seeking asylum into our country. However, top psychiatrist around the country continue to warn us about the damage we are perpetrating on the psyche of these children. Sadly, our government continues to drag their feet in stopping this abuse.

Perhaps the thousands of children whom we have separated from their families will fare better than me, but I doubt it. There are many ways their instincts can take them. They might choose like me, to believe they are flawed and at fault. Or worse yet, they might decide that the world is a hostile place where you have to hurt others before they get the chance to hurt you, a place where you better take because you cannot expect that anyone one will give to you. This is how hatred and self loathing begins, a bitterness that can corrupt an innocent mind into antisocial and psychopathic behavior. This is the legacy we are creating by our actions.

Parallel between Castro’s Cuba and the USA today

Castro deliberatively abused the 14,000 children of Operation Peter Pan. His rationale was like those being used to justify our actions today. He was not interested in allowing Cuban professionals to leave the island and produce the brain drain that ensued, but he goaded Cubans to seek refuge for their children in the United States thinking they wouldn’t separate their families. But Castro miscalculated, as thousands of parents did just that.

Castro was unmoved by the suffering children that were visible every Saturday in “La Pesera” (the aquarium), the surname given to the airport gate that led to the Pan American flights bound for Miami. Instead, to stop the exodus, the Cuban despot actually made it harder for parents to reunite with their children in their new home. Yet,  no matter the obstacles put in place, it didn’t stop parents from trying.

Does this kind of cruel reasoning sound familiar? Castro failed to consider the desperation that causes people to do the unthinkable and thousands of children were hurt as a result. Our government is using similar rationale.

One of the most important things our global citizens need is hope for a better world. This hope is fed whenever we witness that human beings can be good. President Ronald Reagan understood this when he referred to the United States as the shining city on the hill.

He was right, the USA has served as the ray of hope for people of the world to know that a nation can strive to support life, liberty and the pursuit of happiness for all of its citizens. This is important because it gives the world reason to improve.

But when the world sees how we are hurting children, it extinguishes our light on the hill. This is a travesty for humanity, for without a vision of what is possible, our species will regress to barbarism. Without this hope, we will destroy our species.

Let’s demand of our elected officials to make immigration reform a priority and come up with a comprehensive solution. This would be far better action than the cruel and horrific abuse we are perpetrating on children. We are better than this.