It Makes no Sense to Rush Armageddon, Work Instead to Create a Better World 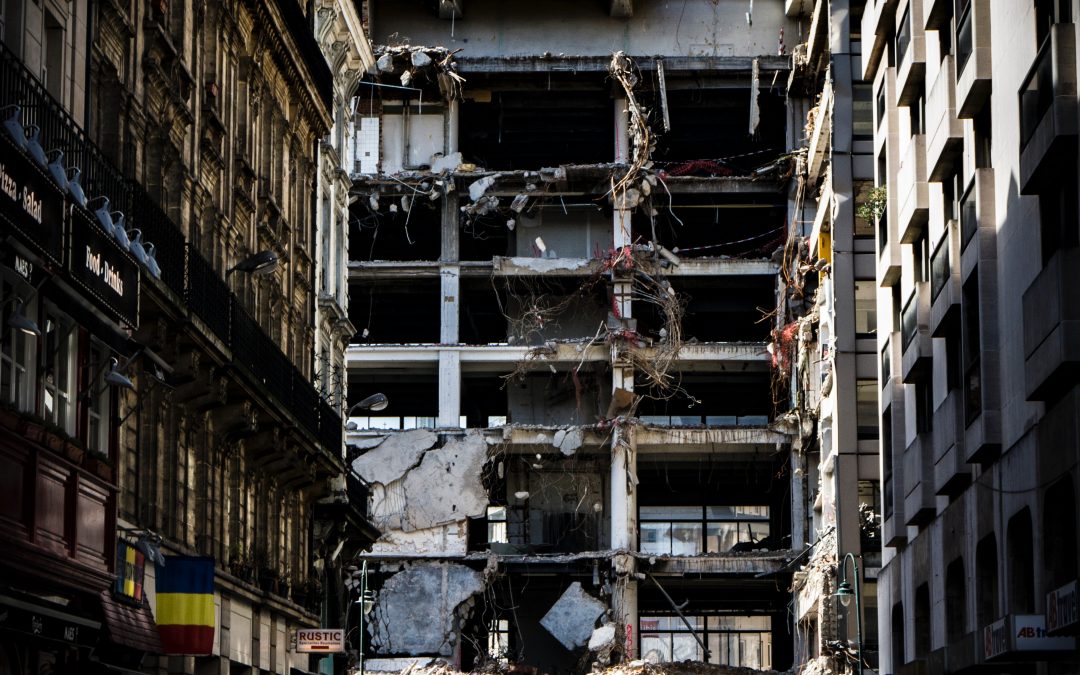 Apocalyptic stories are all the rage again in our culture. The popularity of shows like The Walking Dead and The Handmaid’s Tale provide ample proof. Stories about the world’s end are not new. I grew up in the sixties with novels like On the Beach and Fail Safe that were popular when the fear of nuclear annihilation was at its zenith. A few years ago, movies 2012 and The Day After Tomorrow projected what could happen if humans do nothing about global warming. The Terminator movies (my favorites! Home of Arnold Schwarzenegger’s immortal line, “come with me if you want to live!”) take a fatal bent on our reliance on technology.

I used to enjoy these stories. They were cautionary tales about a future of choice if we continued marching our world in the same direction. They were meant to scare us with these terrible possibilities so we could take stock of the present and then take corrective action that would lead to a better alternative.

End of the world prophesies

But now these stories make me uncomfortable. They remind me of the growing number of religious people in our society—and world—who desire the outcomes outlined in the Bible’s Book of Revelation.

If you are familiar with the Book of Revelation, then you are aware it predicts a series of apocalyptic events that would collapse civilization and, ultimately, cause the end of humanity. As per this Biblical reference, the reason these eschatological occurrences are important is because they must be in place in order to bring about the Rapture—all Christians (living and dead) will rise to the heavens to meet Christ—and the Second Coming—also known as the Day of Judgement— is the day when Christ reappears to decide who deserves eternal punishment and who gets everlasting glorification. The results are final!

Not all biblical scholars agree

Religious interpreters have taken different positions on the Book of Revelation. Some believe the authors wrote Revelation to give hope to the people of the apostolic era regarding the fall of the Roman Empire. Others are confident it is a metaphor for the journey of the soul as it struggles to evolve.

Then there are many who are sure Revelation predicts future events and outlines the global conditions that must exist for Judgement Day to occur. These people scare me because of their zealous desire to make these conditions a reality. They perceive an evil, sinful world that must be destroyed.

I cannot agree with this conclusion. Humans discovered they had a better chance at survival through social cooperation. Our world today may have its problems, but our species continues to survive because it strains to grow and evolve. You may not like the world we live in, but you have to admit that the growth of civilization has surpassed its initial purpose of survival. Humanity has reached a higher level of understanding and enlightenment that transcends the continued existence of our species. We have the knowledge and opportunity to live in balance with each other, with all living things, with our environment. We need to keep working on it, not destroy it.

Does God really want humanity to end with Armageddon?

The God Consciousness I know transcends all suffering and turmoil with the power of love. This Higher Entity is an accepting, supportive being who is constantly creating beauty, joy and goodness. It is inconceivable to me that this Higher Intelligence would want to see humanity rush towards Armageddon. The God I know wants us to become better, to create a greater good, to build heaven on earth.

Many religions praise God as our Father. If this is the case, why would our father want our destruction? Would a father condemn his children to such suffering? Would a loving God want his/her creation to annihilate themselves and the world? The last thing I want as a father is to see my children suffer and obliterate themselves. I will do everything in my power to stop this from happening. The fathers I know are doing the same.

Although the Bible prophesies imply that Judgement Day will happen on a particular day, I expect the events to get us there will not happen in a twenty-four hour period. The destruction of humanity will take a while, centuries in fact. There would be survivors after a contagion or a worldwide nuclear war, and it would take generations to end humanity.

So, what will decay into oblivion look like? I am relying on modern stories to give us an idea.

Lord of the Flies, the 1954 Pulitzer winning novel by William Golding, serves as a reminder of what happens to humans when the structure of civilization is removed. In this story, these stranded British school boys resorted to their most basic instincts to rule themselves.

The Mad Max movies, made popular by actor Mel Gibson, depict a future society where murdering rapists obliterate normal communal bonds as they demolish anyone or any group that stands in their way. There is no golden age, no shining city on the hill. There is no attempt to create a better world. What exists is an all-consuming violence perpetrated by those who rule.

The aforementioned The Walking Dead depicts a similar decay of the human condition where the world order falls apart and people are left to fend for themselves against violent tribes led by monstrous people.

The reason I think these apocalyptic styled stories are realistic is because it is not that hard to recognize the same primitive urges in modern society as demonstrated by insatiable lust, the unrestrained voraciousness for wealth and in the obsessive pursuit power. These are our lower angels, and it is easy to imagine that we would return to these primitive urges should we take away our social checks and balances.

Our early ancestors barely survived while in the midst of more powerful animals and in an environment that was brutal and unforgiving. Becoming civilized was the key to our survival. Destroy that and this time, we might not be so lucky.

We know today that our species has reached the level it can destroy itself or it can create a world where all can prosper and live in peace. As an alternative to establishing the conditions for Armageddon, doesn’t it make more sense for humanity to establish world peace, take care of our environment, ensure that all living things grow and thrive? Yes, it does.

Human survival is not a given, a meteor could strike the earth and wipes us all out. But, in the meantime, an enlightened species helps our chances to make our existence more fulfilling while we still have it. What makes more sense than hurrying our destruction is to recognize and value that all living things come from the same source and that all humans are together as we share similar journeys towards self-discovery and enlightenment.

The following quotes from these two loving spirits summarize what I believe God wants from us;

“Lord, make me an instrument of your peace.”  St Francis of Assisi

“Imagine all the people living life in peace.” John Lennon

We have the power to create this kind of world. Let’s rush to do that instead. It starts with us becoming the love we want to feel.

Going through a difficult life transition?

You might enjoy reading my latest memoir, Catch and Release: One Man’s Improbable Search for True Love and the Meaning of Life. Download a PDF of the first 5 chapters of Catch and Release free.  To order your inscribed copy in either hardcover or paperback, click here (https://guillermovidal.me/shop/). Catch and Release is also available on Kindle here (https://www.amazon.com/Catch-Release-Improbable-Search-Meaning-ebook/dp/B07F26N1HS/ref=sr_1_2?s=books&ie=UTF8&qid=1535494644&sr=1-2).  Happy reading!