It May Seem Like It, But the World is not Really Ending 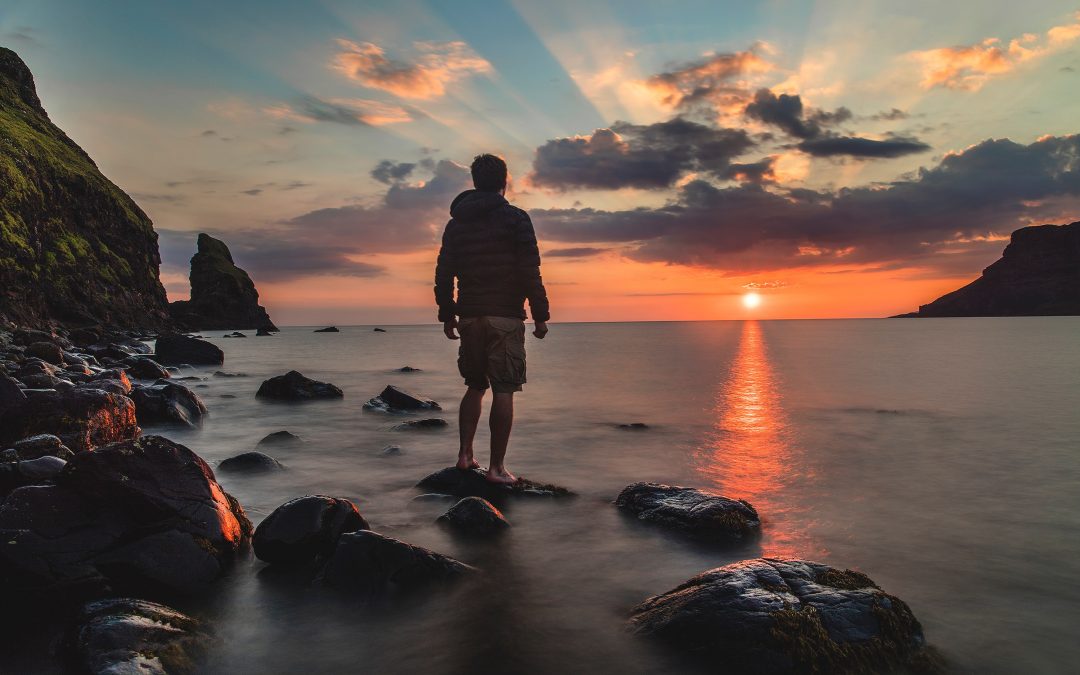 Another mass shooting, missile launched, high profile controversy, along with all the assorted bad news we hear so often and it is easy to believe we are spiraling the world into oblivion. As an immigrant child who was separated from my parents by Castro”s Revolution when I was ten, news about raids on immigrants, the crisis in the southern border and the separation of children from their families leave me feeling depressed. My heart aches every time I see pictures and videos of the empty and sad faces of children in American internment camps. This experience of family separation that saw me start life over in an orphanage in a country where I didn’t know the language is by far the greatest trauma I have ever survived.

I was old enough to know Fidel Castro and his minions were the heartless, godless and evil people who caused abundant pain to me and to so many Cuban families, so it is easy to shade the people responsible for these events today with the same brush I painted Castro and his forces. Only people like them could do such harm to children and families. More and more, however, I see I have lost all objectivity, for I project my past experiences on the current issue of family separations, and I allow the fears and passions of those terrible days from my childhood to form my opinion. They also feed my fears that the world is coming apart at the seams.

The overwhelming majority of people are genuinely good

We are so divided along political lines that it is difficult for us to see reality. Whether we voted for Trump or Clinton, this was but one action in the millions of actions people take every day. However, the way we voted does not define us. Republicans, Democrats and Independents provide for their families, work together to build companies and communities, they help the poor, make excellent colleagues, teach our children, serve as first responders, care for the sick and elderly. The overwhelming majority are decent, humble people trying to find our way in this world. Yes, there are evil and hateful acts that happen every day, but the awe-inspiring force from the kind and loving acts performed by 99% of the people on this earth blow those terrible acts away.

The world is not going to hell in a hand-basket

The problem is that we have become infatuated with oddity. The more bizarre and inexplicable the event, the higher the chances for it to be headline news, or to go viral on social media. Just look at TV programing, it is all about murder and intrigue. “Reality TV” is not reality. That is just an advertising ploy, for the weirder and more callous the behavior from its stars, the higher the viewership. While we may consider this entertainment, it is normalizing the extreme comportment of the few exceptions.

I don’t have a good explanation why our culture got this way, but it is plain to see that our information sources don’t give us another option. However, despite this kind of information inundation, this does not represent the bulk of humanity and we should not allow it to fool us.

Our world will not go to pieces unless we give in to this temporary exhilaration we get from scandals. In the end, we pay dearly for this because the constant drumbeat of negativity generates impulses of separateness, mistrust and hatred in us.

What can we do?

Many things in our nation today seem un-American, but we must work together to resolve them. However, we will not find answers to these challenges by battering those who support these strategies. We cannot open hearts by judging people whom we disagree with as evil, dumb, racists, and hateful.

It is important to remember that we are living in a time of great fear. When people are fearful, they do exactly what I am doing with family separations, they project their past experiences into the current situation and they take action or adopt beliefs based on faulty thinking. Living in this fearful state continually distorts and exaggerates our perceptions so it can grow stronger and more menacing from within us. But I have learned that one cannot fight fear with hatred, for hate adds fuel to fear’s destructive flames causing it to strengthen and expand in the fearful.

We must continue to stand up for the causes we believe in, and there are many. For me, it is important join forces with those who will continue to advocate for a comprehensive immigration reform that manages our security, financial interests and will deal humanely with these fleeing families coming to our borders. But, in so doing, we cannot fall into the trap of seeing ourselves as good and our opponents as evil.

Remember, the vast majority of us are trying to create a greater world. We can point out our differences, but we must always extend a hand to bridge the gap between us. Yes, humanity has fought world wars, participated in the Holocaust and Japanese Interment camps, engaged in slavery and genocide. We have even come to the brink of ending our existence during the Cuban Missile Crisis and the accident in Chernobyl. But, human history has also shown we can successfully overcome these difficult times and continue to thrive. For now, do what you can to positively affect the people around you with your love and kindness and have faith a Higher consciousness is at work in all of our lives. Human goodness always triumphs. I have faith it will do so again.

Photo by Joshua Earle on Unsplash