Learning To Listen to Your Inner Guide 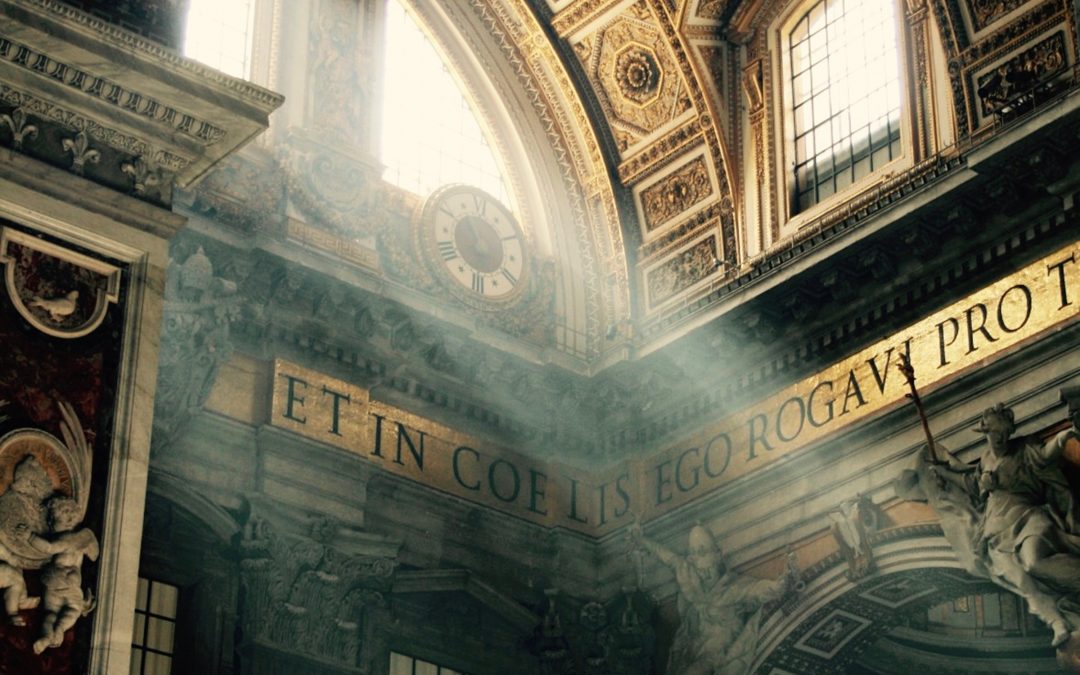 For most of my life I have been an agnostic and a great skeptic of anything mystical. I considered people who believed in the existence of an inner intelligence guiding us not to be sane. When confronted with someone like this, I often responded with ridicule. Case in point was the time when a friend insisted that god spoke to him in a dream. I listened attentively as he explained how he deciphered the meaning. Having eaten more than my fill from the banquet of my father’s cynicism, I countered with my own “special” dream. I told him how I had spent the night dreaming I had eaten a giant marshmallow. I professed I didn’t know the dream’s meaning but, after waking, I discovered my pillow was missing.

Now, knowing the existence of such a guide, I must repay that karmic debt by sharing with all my belief in this higher intelligence that provides us constant guidance.

I first noticed someone guiding me from within when I was ten years old. This introduction occurred a few days after my parents sent my two brothers and I to the United States to seek refuge from Castro’s Cuba. This was a very traumatic time, accentuated by the failure of family members to meet us at the Miami airport and shepherd us along. That task fell on the lap of the administrators of Operation Peter Pan, an American government program that took care of the unaccompanied Cuban children left roaming the airport at the end of the day.

We were taken to a refurbished army barracks where hundreds of Cuban kids awaited an assignment to foster homes or orphanages around the country.

After a few days, the head honcho summoned us to his office and informed us of an opening for one child in a New York orphanage. A similar institution in Oregon had room for two. The man wanted us to choose who would go where.

My brothers are fraternal twins who are a year and one half older than me. Together we had lived pampered lives in Cuba where we wanted for nothing. We had never rebelled, stood against or even questioned someone in charge before. But when the man asked us to make that horrible choice, a voice within me said,

“Do not let go of your brothers.”

My brothers must have heard a similar message. As if on cue, we reached out for each other in an embrace that formed a circle of three. In what amounted to an affront, we shouted,

“You cannot separate us!”

The man was not happy. Exasperated from his efforts to find food and shelter for so many Cuban kids (14,000 came to the USA through Operation Peter Pan), he insisted that we were fortunate to have been offered refuge even, if that meant being separated. We needed to grab these openings now for it was difficult to guess when the next ones would become available.

In defiance, we did not let go of one another. Once again we replied,

“You cannot separate us!”

Having reached this impasse, the man dismissed us, but not before issuing a warning that he would be making the decision for us.

A dozen days passed before the administrator summoned us to his office once again. I was sure that our time together as brothers was coming to an end, the a miracle happened. He told us there was an opening for three kids in Pueblo, Colorado.

We accepted the offer. Not only would we remain together, we were heading to a place with Spanish names we recognized. Two days later we arrived at Sacred Heart Orphanage in Pueblo, Colorado.

I must admit that following my inner guide did not guarantee happiness. In fact, the next ten years of my life were a barren wasteland of suffering. Between enduring the Lord of the Flies culture that was rampant in the orphanage and living through the subsequent madness my parents brought with them to our family’s reunion in Denver, I can honestly say there were times I did not believe my survival was assured.  But I often shudder to think what my life would have been like had my brothers and I been separated.

It is ironic that, at a time when the capacity for humans to remember things becomes diminshed (I am in my sixties), the memory of this event does not seem to fade. I am sure this has to do with the level of despondency I felt. There were times during those early days when the heartbreak from the parental separation, the fear of another beating at the hands of bullies, and the sense of abandonment from not hearing from family members in America was so great that I longed for my death. I asked God to take me, but (thankfully) he wouldn’t comply. I feel grateful for the life I have lived since that period when I was certain my existence was fading fast. My inner guide was right about my brothers, for Bob and John were the only connection I had to sanity, to a hope for a better day, and to the belief that someone actually cared about my wellbeing. Everything I am and everything I will ever be belongs to them as well.

There were other times when that inner voice came to my rescue. It was my inner guide who led me to becoming an engineer, a decision that has allowed me to travel to many galaxies of wonderful experiences. During my mid thirties when I suffered through a period of depression, it was those urgings from within that led me, sometimes moment to moment, from the darkness into the light.

I must admit that I haven’t always paid attention those messages. When my life is working and I become full of myself, I don’t bother to listen. But, every time when the mysterious riot of experiences that make up my life reached a point of despair or confusion, my inner voice has never faltered to guide me.

There are certain characteristics I recognize about my inner guide. First, I have learned that guidance never comes all at once, it is revealed one step a time, like following a trail of breadcrumbs, when you find one crumb, all you can do is search for the next one. It has never been for me a well-defined yellow brick road leading to the Land of Oz. This can be hard to accept because so often you cannot see the end point from the beginning. This may come as a simple nudge  just to get out of bed and clean yourself up. It could be a period of clarity that temporarily pushed your storm aside so you could tackle your daily challenges. It is during these uncertain times when one must choose to believe that this guidance is taking you to a better place.

Second, the message is usually subtle and often comes in metaphors. For example, dreams can show us how we see ourselves in a current situation so we can access our next steps. Our inner guide also uses examples in nature. Just a few weeks ago I wrote about a crab that kept visiting me. Once I recognized it was trying to give me a message, I googled information about crabs and learned that crabs outgrow their shells and then get rid of them. I understood the message, my inner guide was telling me that I was outgrowing the shell of my old self and evolving. l was calmed by the realization that the pains of my latest life transition are part of my growth.

I must confess, however, that an angel has never visited me nor have I ever heard a voice coming from on high telling me what to do. If you are waiting for that to happen, you will miss the messages.

Last thing to note, following your inner guide will not remove your suffering. More than likely your spouse will not come back to you nor will you win the lottery just in time to avoid bankruptcy. It will not fix whatever is troubling you. However, your inner guide will help you confront the coping mechanisms you have erroneously relied on that brought you to the present situation so you can abort them and begin acting in a way that is more centered with who you were meant to be. You will ultimately solve your riddles, but not in the manner you imagined.

In next week’s blog I will reveal another relatable example based on a popular song. It will teach you further about how to connect and then rely on your higher self.

We are all immigrants! Whether we left a country for a fresh start in another, or whether an unforeseen life change has sent us on an unexpected path, this cycle of death and rebirth is at the center of our human evolution and can alter us in ways we don’t fully understand. If you are going through such a period, I can help. If your organization is going through a challenging phase or serves people whose lives are in flux, like immigrants, seniors, or communities that are unappreciated, I can help as well. The combination of years and experiences have molded me into a messenger uniquely qualified to write, speak and mentor on the subject of discovering the inner resource that will convert difficult transitions into positive triumphs. Check out my website for the services I offer and to subscribe to personally receive my weekly blog.