Nothing Sucks More than Life Transitions, Yet Nothing is Better for Our Personal Growth 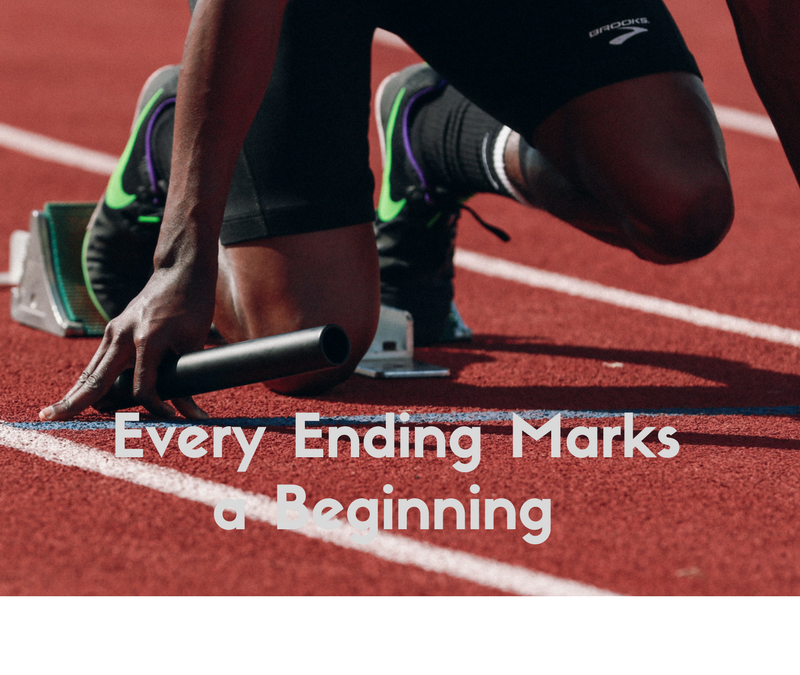 Spring always reminds me of the always emerging human spirit. Watching a new plant powering through the barren ground onto the light of the sun reminds me of the incredible resurgent powers that every person possesses. We are so often called to fight through the darkness of our lives so that we may reach the light. Called transitions, there is not a single one of us who is immune from these times. Transitions can be excruciating and confusing for they take us from a place of comfort and safety into the physical, emotional and spiritual world of the unknown. There is no greater physical, emotional and spiritual battle for us as humans than the one we face when forced to live in those in between places that lie amid who we have been while we evolve into the new person we are becoming.

Transitions define the journey of our souls. They are the tools a Higher Power uses to shake us, regardless of our age, sex, social or financial status, back onto the journey of becoming our higher selves. Over two years ago I stumbled into one when I had to come to terms with the conclusion of a long-term marriage and end of my formal career. The abrupt removal of these props I used to hold up my self-image marked a time of deep confusion and identity loss.

The end of a twenty plus year relationship was hard enough on its own merits, for it presented changes in my life I had given little thought to heretofore. For a person in my sixties, just the thought of growing old alone was intimidating enough. But the divorce also evaporated my dreams of retiring and discovering the world with a companion. As if this was not enough change, I also moved to a new city in another state because of some connected circumstances. In a matter of a whisper I went from a well-known public figure in my community to a complete unknown in a new town.

Doctor Elisabeth Kübler-Ross was a Swiss-American psychiatrist who published her influential book, On Death & Dying, in 1969. She introduced the five stages of grief as a way to explain human behavior during times of trauma. According to Doctor Kubler-Ross, any event that affects our sense of safety and comfort can cause us to grieve. This means the five stages of grief; denial, anger, bargaining, depression and acceptance are transferable—at least in varying degrees—to any meaningful personal life change that causes deep emotional stress. We know death and bereavement cause grief in most people, but so too can events like work disillusionment, forced relocation, crime and punishment, disability and injury, relationship break-up, financial despair and bankruptcy and even retirement.

The imminent affect of the my aforementioned life events triggered these five stages of grief in me. I had not conceived other alternatives in my life before these watershed moments occurred.

This was a difficult time in my life, but it was a necessary and valuable period. Being served divorce papers put an abrupt end to my denial phase. Having to move from my home escorted anger into my heart and I cursed the universe for leading down this unwanted path. But it didn’t take me long to realize that remaining angry would not change any outcomes.

My period of bargaining didn’t last long either, for I had nothing I could use to barter with the Universe. That is when depression set in, or Mr. D. Pression, the name I use to personalize this sinister tormentor.

D. Pression is the dark night of my soul. He is my fiercest interrogator and can detain my psyche for months in a dark tunnel of despair. As I began my road trek moving from Colorado to Florida that asshole D. Pression climbed into the passenger seat of my car and spent his time cutting my self–esteem to shreds for the entire 2000-mile trip.

I battled D. Pression before and I came to learn that strenuous physical activity could minimize his influence. Having no job to report to in Florida, I felt blessed having plenty of time for exercise. After months of following a daily workout routine, I loosened D. Pression’s grip on my soul.

This was enough of an opening for me to move onto the final stage of grieving, acceptance. As I look back, I wish I could have taken an emotional detour around the first four stages and headed to acceptance, for this phase in the grieving process is the most freeing., I was grateful to have reached it in one piece.

Acceptance rewards you with the gift of inner reflection. In my case, it led me to contemplate the depth of my spiritual framework. I learned that spirituality is not only reserved for the religious, for coming in touch with my spiritual self was a must during these periods of internal turmoil. Redefining my spiritual beliefs was the greatest blessing I recieved for this inner work.

Up to this point in my life I had been an agnostic. As far as I knew, you lived, you died and a lot of shit happened in between. If you were lucky, you improved things, if you were not, too bad, so sad, write a letter to your dad. But I wasn’t dead yet, there were still many more miles to travel in my soul journey and my agnosticism no longer reasonably explained my life. There had to be purpose and meaning for the road I had taken and the myriad of events that had occurred.

Months of reflection, meditation and reading the works of authors Wayne Dyer, Deepak Chopra, the Dalai Lama and Gary Zukav, led me to see a meaningful pattern in my life. Although I had not seen it this way before, it became apparent that the events of my life had been created to help me evolve into a better person. There were no failures, only lessons. The failures only came when I rejected the lesson. Then I would repeat the curriculum in the present until I learned the message. It was my choice to take a path of love, courage and gratitude for what had happened. I could still choose a path of anger, hate, bitterness and revenge, but those things had not served me well when I had relied on them in the past. I also discovered that there is no way around this, for evolving into our most authentic selves is our destiny.

As my mind cleared, I could see how, in the waning years of my old career, I had often bemoaned that my best days of contributing were behind me. Like an old warhorse that had fought many battles, I dreaded the thought I was heading out to a green pasture where I would graze until my death. I could also see how the love in my marriage had been replaced long ago by an inane and soul killing routine.

The final culmination of these events was scary and stressful, but it also dismantled the props that had held up a default self image. As my vision cleared, I could see I had earned another chance, one free of the old restrains and traditions. I had the freedom to choose any path I wanted and make any possibility I could image become real. I was excited.

Today I woke up with a smile on my face. I would have never thought, in my sixties, my soul would expand so much. I find I am more alive than ever, still creating, still contributing, still growing and learning. I feel great passion for my life purpose and I believe I will find true and abiding love again. I feel connected to what I do in this life and that is empowering and life giving.

Endings are painful and scary, but they are also opportunities to begin life anew. Call it a rebirth or a reinvention of self, these can become positive experinces if you open your mind to them. They also allow you to envision a new path. But everything starts with the acceptance of what happened so that you can open your mind to the realities you had been hiding from yourself all along. You will also discover that choosing a path of love and gratitude is much better than the path of hate and bitterness.

I don’t know what the future will bring, but I hope that when my end is near I can answer the following questions well; did I learn to love?  Did I find forgiveness in my heart for the people and events that caused me to suffer? Did I contribute to a greater good?