Life Lessons I Learned from a Spider 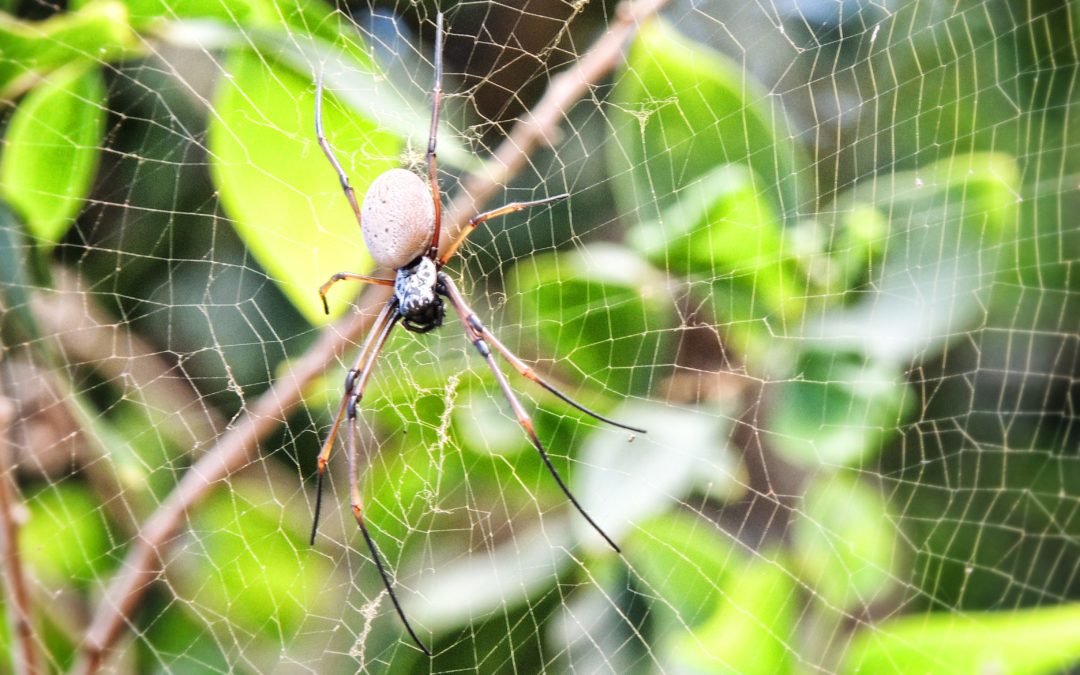 While walking on the boardwalk that connects my townhome with nine others, I stopped to watch a spider busily building a magnificent web. Without warning, the wind picked up and started blowing the web back and forth like a trampoline. A few minutes later, a gust blew the web into oblivion and I was sure the spider had flown with it. The next day, I saw the same spider reconstructing a new masterpiece.

The whole incident reminded me of the nursery rhyme I used to sing to my kids when they were toddlers about an itsy-bitsy spider. Here are the lyrics.

The fun of singing this rhyme with my babies was watching them mirror the corresponding gestures that parents have been teaching their children throughout the ages. I didn’t suspect at the time the rhyme contained one of life’s most powerful lessons; shit happens, but you have to live on.

I remember the first time I heard the following saying,

This happened when an engineering firm I had worked for laid me off. This was frightening, for I thought my world would come tumbling down. Married just a few years, my wife and I had barely qualified for the loan we borrowed to purchase our new home. Without my salary, we were sure to lose it.

It is part of life to get washed out by a rain of problems. The deluge comes in many forms, divorce, job loss, bankruptcy, serious illness or a terrible accident. Sometimes they come in pairs or in threes. Populations around the world endure more serious rain like war, poverty and famine.

It is one thing to face loss when you are a child. Most of the time, adults come to your rescue. But it is quite different to face a major loss as an adult. This is because you become aware of the fact that your powers may not be enough to save the day. This leaves you carrying filled barrels of self-doubt.

But despite what affects your life, the best alternative is to move on and hope for a better tomorrow.

If I lived a past life as a spider, I don’t remember it, so I have no way of knowing if a spider feels anger, remorse, or becomes depressed when the rain washes him/her out. I don’t know if they complain to friends or blame God for what happened to them. Whatever it is they do, on the first chance they get, the spider is out there rebuilding a web. This particular spider I saw that morning after the rain taught me these three things.

Lesson 1) The sun comes up tomorrow

Whether prince or pauper, you cannot stop the rain from coming down. You will fail and face pain and loss. This is part of the birth/death/rebirth cycles of life. The spider knows, when the rain comes, he/she will have to let go of what he/she built and take refuge until it is safe to come out again. Arachnoids must have learned throughout the centuries that, if they hang in there, the sun will come out again. Just as their ancestors did before them, it is certain the spider will go up the spout again. Just like you will be able to.

There is no “save” button in life. When you experience the ending of life chapter, the new beginning will require you to start from scratch. Like the spider, you don’t start from zero, you have a greater foundation of knowledge that you gained from your experiences. This can help you eliminate faulty alternatives and pursue ones that will work. Rebuilding a new life out of the ashes of the old will require you to take one step at a time, but doing so will help you accomplish things you never thought were within your reach.

Lesson 3) We have more than one masterpiece in us

As I reflect on my life, the changes I experienced—no matter how painful they were at the time—happened for my benefit. They made me better, stronger, more resilient, more spiritual, open to new ideas and beliefs. They unlocked the gate to greater ways of being.

Getting laid off forced me to take a job with the Colorado Department of Transportation (CDOT). This was one of the best things that ever happened to me, for I enjoyed a wonderful 25-year career at CDOT.  At the time of my job loss, that something like this could happen was beyond my wildest dreams. Yet, there I was, a onetime orphan serving as part of a governor’s administration.

When a change in the gubernatorial administration changed, the rain came again; the new governor asked me to resign from my political appointment as head of CDOT.

I found new work with the city of Denver as its manager of public works. Fate would deliver another career miracle for, seven years later, I would become the 44th mayor of the city. Little by little, I did what was in front of me, building one step upon the other. I didn’t realize until later that every time a washout made me start over; it gave me the chance to build anew.

This same phenomenon applies to you. You can create a wonderful new life after every ending.

Beginnings and endings are part of life. They are neither good nor bad; they happen. Learn from the spider, start anew when the sun shines again, do the things that are in front of you in the present and you will create your next masterpiece.

Photo by Sébastien Jermer on Unsplash