The Night of the (Mary) Iguana 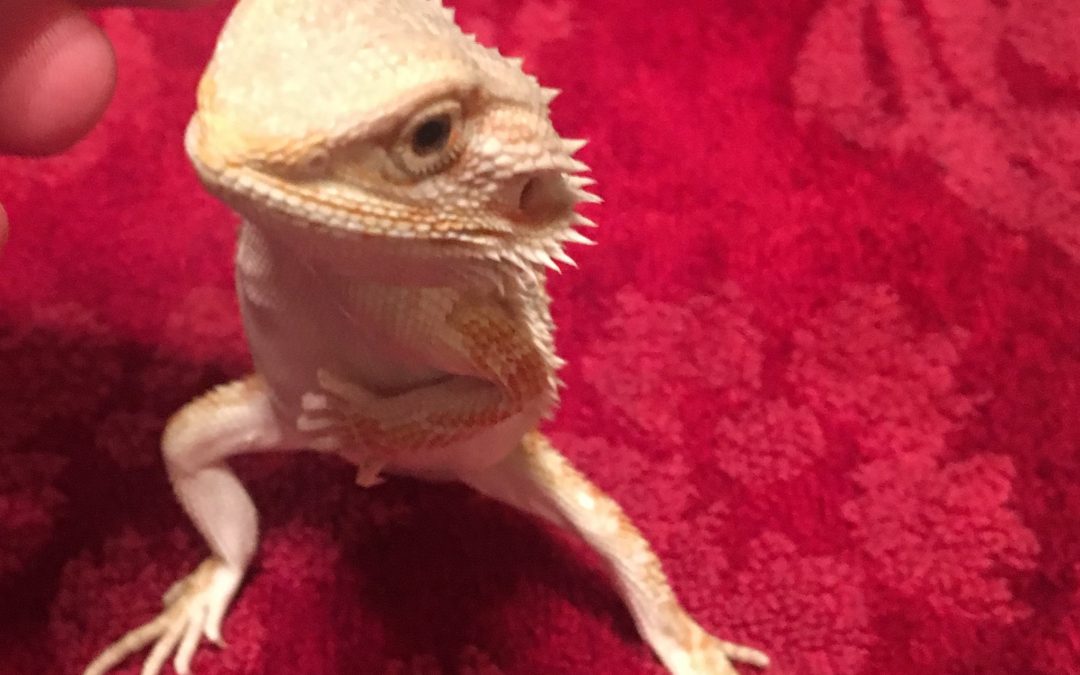 I just finished reading an article about how iguanas are spreading into South Florida like a scourge. Apparently, they have outgrown the population of other invasive reptiles that have either been discarded as pets or escaped the clutches of their owners, like the Burmese python or the black and white tegu lizards.

Although iguanas can grow to be five feet long, they are considered mostly harmless, although one did stop a first round match at this year’s Miami Tennis Open. Apparently he/she did not like the line call. You can’t blame iguanas for liking Florida’s climate, swimming pools and sun bathing, but they are a pain in the ass when they eat valuable landscaping and native plants. Their borrows can undermine seawalls, levees and sidewalks.

Unhappy Floridians have looked for many solutions to be rid of them including hiring a trapper who catches them and sells their meat as delicacies.

Perhaps this is meant to show us that iguanas were never meant to be pets in the first place. This is living proof that sometimes, when humans fuck with Mother Nature, things don’t always end up working out so well. But this article made me reminisce about a college classmate of mine who had a three-foot iguana as a pet. Although he was a male iguana, my friend called him Mary in honor of his favorite past time (Mary Iguana!). And now we have our US Attorney General Jeff Sessions clamping down on the states that have legalized marijuana. (I bet you didn’t see that turn on the subject coming!). Fighting weed, apparently, is going to be high on his agenda (sorry, couldn’t resist the pun).

Colorado legalized marijuana in 2012 much to the chagrin of my boss at the time, Governor John Hickenlooper who opposed the movement. Hickenlooper was Denver Mayor at the time of the marijuana campaign and I was his Deputy Mayor, so knowing of his opposition I chose to keep private my advocacy for the movement. Rather than jeopardizing my job security, I chose discretion, for as they say, sometimes “discretion is the better part of valor.”

My support for legalizing marijuana is not because I use it, for I don’t. It is not because I am enriching myself by my advocacy, for I am not. I certainly don’t support its irresponsible use and criminal behavior like that exhibited in Denver’s Civic Center park this past 4/20.  My beliefs are more focused on common sense. Simply put, we are kidding ourselves if we think keeping it illegal will stop its usage. It is common knowledge that in today’s USA, anyone who wants weed knows how to easily get it. One just needs to go to an outdoor concert to understand that the atmosphere smells in a particular funny way.

Yes, I understand that there are cons to the use of marijuana. There are some medical implications. It can make you anxious, paranoid and depressed. It can create memory loss and irritate your lungs. There is some proof that it can become addictive. But there is no evidence that keeping marijuana illegal will keep people from experiencing these damages, for people have already proven they can get weed at anytime.

On the other hand, Marijuana does have some benefits. Marijuana has been shown to be effective in treating a range of health conditions, including Crohn’s disease, epilepsy, multiple sclerosis (MS) and post-traumatic stress disorder (PTSD). It has also been excellent in the treatment of patients who are undergoing chemotherapy. I have also read where it has been used to control severe epilepsy. All this points to good reasons to consider its legalization.

Fighting to make marijuana illegal again makes no sense at all. It is like bringing back the era of prohibition. Prohibition enriched the American Mafia during the 1920s because there was high demand for alcohol and the profits that could be made from selling and distributing alcohol were worth the risk of punishment, as the government had so much trouble enforcing the law.

The same could be said about those who illegally sell marijuana, the demand is high and the profits they make are worth the risk. Our government cannot do enough to stop the illegal sale of pot, just look at the absolute failure of the “War on Drugs” and the growth of drug cartels in Mexico and Latin/South America.

It also makes no sense to make marijuana illegal because of the progress that has been made by the states that took the step to legalize it. Colorado has proven effective in managing the sale and control of marijuana. Their effort can be emulated by many states.

I think the Federal Government could accomplish many more of their stated goals by joining the effort to legalize and control the sale of pot. In so doing they could offer the following benefits to our society.

By getting involved, the Federal Government could establish a nation wide system of regulations and enforcement that would bring normalcy and consistency across the nation.

By decriminalizing the sale and use of marijuana, police officers would have more money and time to go after criminals committing more serious crimes.

Legalizing the sale and use of pot would unload the criminal justice system of these minor cases and allow judges and prosecutors to focus more on serious crimes,

Marijuana legalization would free up space in our overcrowded prisons.

Legalizing pot will cut off a revenue stream for drug cartels, some of which may be terrorists traders. The absence of competition has kept high street prices which create large sums of money for the illegal drug traders. But through legalization, there will be open competition and lower prices which would cause drug cartels to lose some or even all of their business.

Legalizing marijuana would reduce violence associated with the trade. This would save lives while taking the weight off law enforcers.

By regulating marijuana, the dangerous substances that often are part of illegally sold pot would be eliminated. This safety control system would get rid of the health risk that pot consumers face today.

I certainly believe that the intensions of Attorney General Sessions are for a greater good. I just think that not moving forward to help our country regulate medical and recreational marijuana would be a step backwards that would hurt our society considerably.