It Is Not About Whether One Sees the Glass as Half Full or Half Empty, It Is About How One Chooses to Evolve 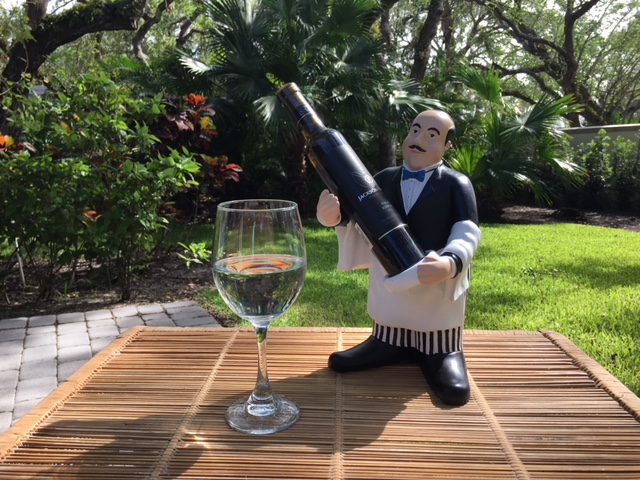 There is a lot to learn about a person from the way they handle trying times. The old saying about the way we describe a partially filled glass of water might predict optimism or pessimism in the observer, but it does nothing to speak of how a person handles themselves during tough times. I believe I am positive person, but I was mediocre in the way I dealt with difficult life events in the past. Ultimately, I get through them, but not without a lot of kicking and screaming along the way. In my twenties and thirties, an old joke went around that seemed to speak to my situation. Here is how it goes.

In just a matter of weeks, a man lost everything in his life. First, he was laid off from his good paying job. Then, his wife left him for his brother. A day later, a mudslide swept away his home. While searching for belongings, a car ran over his dog.

Although discouraged, he didn’t sit idle, for he tried and tried to get another job. He came close a few times, but nothing panned out. He went to the unemployment office, but an officer ruled him ineligible for the benefit. Finally, out of desperation, he began standing on a busy corner with a sign that read, will work for food.

One rainy day, while busy panhandling at said corner, a car drove by and splashed him with muddy water from head to toe. The man became incensed. He couldn’t take one more humiliation. Shaking his fist up at the heavens, our hero yelled,

He was not sure at first, but a feint rumble caught his attention. Then, the sound of the wind was unmistakable, and he noticed the clouds giving way to blue skies. A beam of sunlight shone down on him where he could see and hear angels blowing on trumpets announcing God’s imminent arrival. The man, with hope in his eyes, gazed into the opening skies when suddenly a lightning bolt came down and blew him to smithereens.

Eyewitnesses to the event claimed they not only saw the flash, they also heard a deep, thundering voice from on high that said,

“Because you really piss me off!”

This joke has always elicited a giggle from me. But, deep down inside, I don’t think it is that funny, I think empathize with it. Come to think of it, I have cursed at God for everything—from acne to zinc deficiency—as though he had a vendetta against me. As I reflect on it, it was a satisfying strategy to blame a bolt spearing divine father figure for my problems, for it meant I could not be made responsible for what happened.

But I didn’t stop with just blaming God. It has always been easy for me to feel victimized by others for the bad things that happened. Sometimes it was true, Fidel Castro caused radical changes in my life, and the mean thugs at Sacred Heart Orphanage—where I lived for almost four years—did beat me regularly like a human piñata. But, when I became an adult, I never changed this tendency to blame others even though most of my trying times directly resulted from decisions I had made. I always managed to find cause to blame my upbringing, or my boss, or the bad economy or bad case of dandruff. I had a long list of culprits to count on.

What a royal waste of time and energy that turned out to be! Whenever I assigned the blame on others, I only prolonged my misery. If others or circumstance were responsible, then I didn’t need to do anything different. Unfortunately, this blaming postponed any action from me and so my suffering continued unabashedly.

It has taken me many years and countless of transitional events to understand that it was up to me to pick myself up by the bootstraps and move forward. I don’t waste time blaming anyone or anything anymore. I realize that I must move forward, one moment, one step, and one day at a time. This can be hard to do because losing something important can make a new direction seem ambiguous and circumspect. But the ironic thing for me has been that once I decide to stop sulking and take action, no matter how small—like making the bed every morning or getting regular exercise— the suffering subsides.

There were other benefits as well. By letting go of my tendency to blame others and move in some direction, I became more open to new ideas, values and even a way of being. I understood that having been freed up of the old traditions and routines, the path forward was filled with new and wonderful opportunities. It didn’t mean I wasn’t scared of the tenuous direction my life had taken, but action led to hopefulness.

As I look back at my life, I see that all of those difficult events were filled with lessons to help me evolve. There was not an Omnipotent Being who was “pissed” at me at all; he was inviting me to evolve into higher consciousness. The truth is that, with every lesson, I became better than I was. Sure, sometimes I had to repeat the lesson (I don’t claim to be the brightest bulb in the chandelier) before I got the moral therein, but once I did, I was transformed closer to my authenticity.

I would not recommend that you go to a friend who is hurting over some tragic happenstance in their lives and suggest they should be thankful for the invitation they are getting from some Higher Power to evolve. They might make you a human piñata. But imagine if we could bring ourselves to believe there is greater and compassionate purpose in our difficult times. What if instead of asking “Why me?” we could bring ourselves to appreciate that going through these tough circumstances prepare us for a greater role.

Imagine how different our lives would be if we recognized that there are beautiful lessons shining in the darkest of times. I am convinced we could stand firm knowing that, not only can we survive these troubled times, we can use them as the necessary fuel to help us evolve into a greater collective consciousness. These are the choices that help us create a better world.