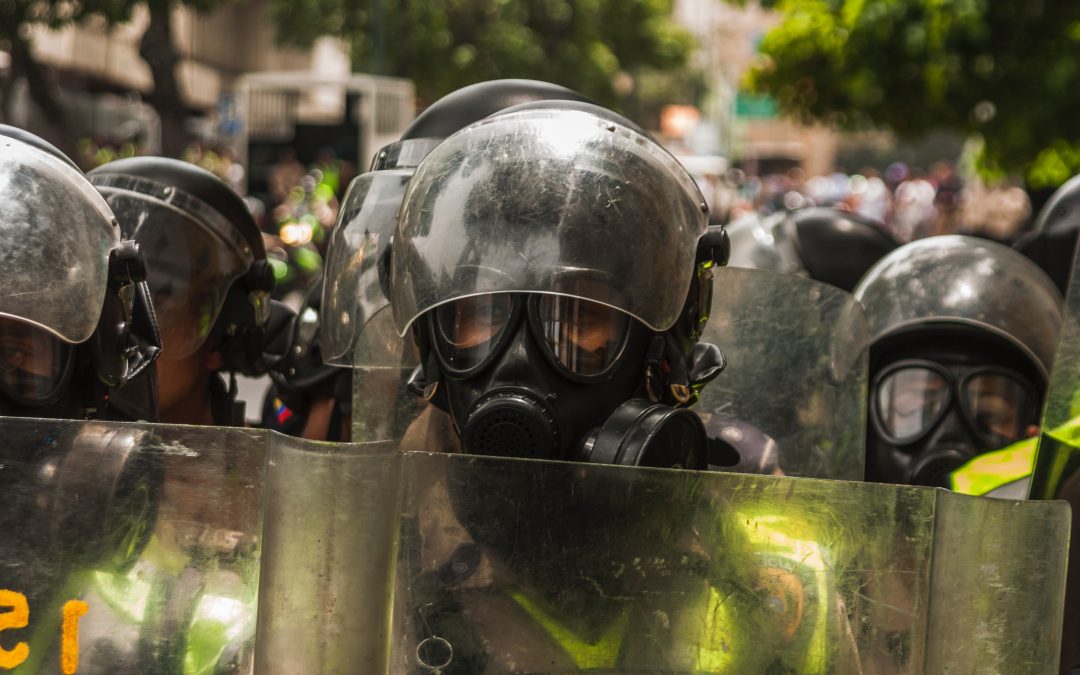 Here we go again, another mass shooting and the habitual cycle of madness is off and running. When is this ever going to end? My heart goes out to the victims and families of the senseless massacre at the Marjory Stoneman Douglas High School in Parkland, Florida. I cannot fathom the grief and hopelessness this inexplicable event has promulgated on these innocent people.

It must also be frustrating to have to experience what follows. On the one hand we have the advocacy of those who want stricter gun laws to better control registration and ownership. Then there are those who don’t want to talk guns but want to center the conversation on mental health screening and treatment. Although logic tells us all these things are needed, both sides will scream at each other and ignore a chance at coming together.

Next comes the blame game. We are already seeing a denunciation of law enforcement agencies. It will not be long before the target moves on to schoolteachers and administrators. Eventually, responsibility will land on the perpetrator’s parents and guardians. Our cultural war will craze around these different issues for quite some time. Some will lose their jobs or become ostracized as we try to extract a pound of flesh for what happened. The furor will die down and meaningful change will be avoided. As we do nothing, another massacre is forthcoming.

Polling shows that most Americans know gun ownership and mental health are intertwined in these horrible tragedies. So too are law enforcement agencies, school administrations, parents and guardians. But what gets ignored in the discussion is the self-created consciousness of fear and violence festering daily in our nation.

Dealing with our societal traditions is a complicated issue that takes time, so before talking about them, let me emphasize the things I believe we should do today. Beginning with responsible gun ownership, we need stricter registrations requirements and limit on the use of assault weapons. We need more extensive mental treatment for troubled youths, especially when alarming traits are noticed early on. Law enforcement agencies must address their deficiencies in preempting the actions of menacing individuals before it is too late. Our teachers and school administrators need training to recognize problem students early on so they can get proper authorities to intervene. Parents need training, support and options to raise problem children. These things are important, but they require more attention and resources than they are getting today. This is why we should take advantage of our democratic system and elect those who will take the desired action.

Improving these things alone will not change the trajectory of our American culture, however, this is something individuals must venture to do for themselves. I first became conscious of this in the late 1990s when I was the Executive Director of the Colorado Department of Transportation (CDOT). Towards the end of my tenure, one of our employees shot and killed a coworker and wounded another for denying his request for new office furniture. Although the gravity of this situation does not compare to the enormity of the calamities that have happened since, it was devastating to the culture of our organization at the time of its occurrence. A lot of my time was needed consoling employees and restoring their confidence in the department.

However, for as horrible as this incident was, I was shocked when I received a handful of emails from employees supporting the actions of the shooter. Their common argument was that when one does not get what they want from management, they have the right to take matters into your own hands. In my view of the world, I can’t imagine the instance where anyone would support killing someone else in retaliation.

To deal with the situation, we hired several psychiatrists/experts in workplace violence. They provided an invaluable piece of information that has stayed with me to this day. Statistic show that about one percent of any population is capable of this kind of destructive behavior. At CDOT, this meant that thirty out of the three thousand employees could kill their coworkers. Perhaps this explains the surprising emails I received in support of this horrible act. In the USA, this percentage amounts to 3.25 million citizens who are capable of conducting this kind of destruction. This sheer number alone supports the need for greater gun ownership, increased mental health treatment, better training, etc. Is it possible they are being encouraged by a nation that believes violence is a proper problem solving strategy?

Take a moment to think about our culture. It is hard to deny that many view those who are different as evil people who are out to destroy them. This exists in politics and in religious differences. As a country we turn to war to protect our entitlements and shun diplomacy because it is messy, takes long to implement and does not guarantee deference to our needs. We support the death sentence as proper retribution for some crimes. Hatred and fear can be heard in the calls for deportations and in our institutionalized racism, homophobia, homogony and discrimination. Our movies, music and games profit from celebrating crime, rape, vengeance, violence, gunfights and taking the law into your own hands. Media highlights mostly the negative stories, adding to the fear and resolution we must defend ourselves against those who don’t share our values. Businesses focus on vanquishing their competition. We teach our children to refuse responsibility for their actions by blaming those in authority for the problem. We rejoice in the violence of our most celebrated spectator sports. There is more, and I am not even bringing up the violence perpetrated on animals. It only follows then that, according to the Law of Attraction, violence begets violence.

The #MeToo movement shows violence of a different kind. The numerous acts of sexual harassment and abuse of women have exposed the culture that exists among the powerful. It is unfathomable to think that someone in a position of authority is entitled to treat others, especially women, as objects meant to satisfy their whims, but that is what happens. The high profile cases have exposed the people at the highest levels of every profession, but I am sure this behavior is rampant at every level where someone exercises control over another.

Bottom line is this; the constant promotion of violence enables those who are capable of horrible acts to justify their actions. If this continues, they will find other means of perpetrating their harm even if we restrict their availability to guns.

So how do we change this? It has to start with all of us—this includes our leaders in politics, religion, academia, business, media, etc.—becoming conscious of what we are promoting. Recognizing this allows us to change it, or at least begin to wean ourselves of these violent sources with a recognition of the other side of humanity that supports love, generosity, courage, empathy, philanthropy, inclusion, and understanding. These are the things that create a greater good.

Rejecting fear and violence and replacing them with the greater aspects of humanity has to start somewhere. It might as well start with you and me.

Everyone wants to live a fulfilling life that makes a difference in the world. Many, however, travel from one unforeseen change to another living lives they never wanted.  Despite best efforts, they can’t find an escape from the cloud of dissatisfaction that surrounds them. I lived this way for many years until a major life change opened my eyes to the negative self-beliefs that were sabotaging my every action. As a result, I have been able to align my beliefs with my highest self and live in the way I was meant to live. This is why I write, speak and mentor, to help people discover and change these negative beliefs so they may create more rewarding lives. If you are living your life on this unexpected path, I can help. The combination of years and experiences has molded me into a messenger uniquely qualified to help you discover the inner resource that will convert your life into a positive triumph. I can also help any organization find their most meaningful direction. Check out my website for the services I offer and to subscribe to receive my weekly blog.