Sometimes, a Lizard is Just a Lizard 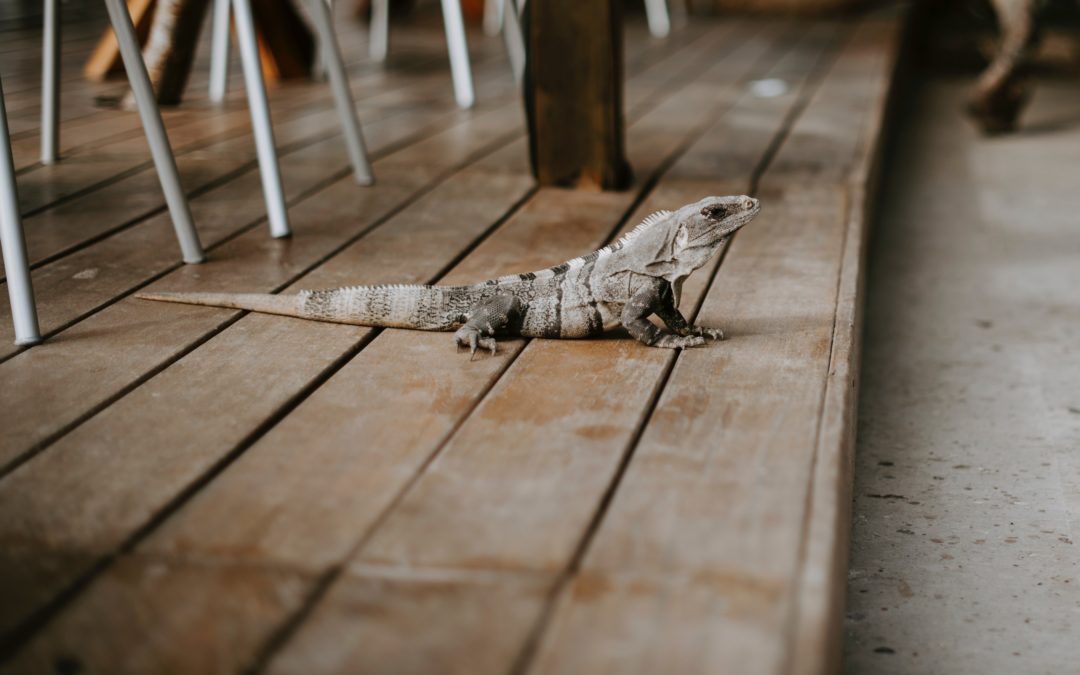 Society defines the term delusion of grandeur as the false belief in one’s own superiority, greatness and intelligence. I have never met a person (myself included) who does not suffer from this affliction. This is particularly visible when we act as though we are the center of the Universe. Perhaps, technically speaking, each one of us is the center of our own world, but that does not make us superior to anyone.

The Life of Brian

In 1979, the British comedy group, Monty Python (Graham Chapman, John Cleese, Terry Jones and Michael Palin), came out with the movie titled, The Life of Brian.

This is a comedy spoof about a Jewish man named Brian who was born on the same day as—and next door to—Jesus Christ. Brian lives an almost parallel life with Jesus, which often causes people to confuse Brian with the Messiah.

Through a series of misadventures, Brian tries to blend in with would be mystics and prophets by repeating phrases he heard the Lord speak at the Sermon on the Mount. He does this to keep the Roman soldiers off his back but quickly attracts a small crowd thereby giving birth to the Brian the Messiah movement.

Brian wants no part of this, but no matter what he says and does, his followers interpret his words as divinely inspired and his actions as miracles. The rest of the movie deals mostly with Brian trying to rid himself of his followers.

Me and the followers of Brian

I came into my spiritual awakening kicking and screaming. The beliefs and behaviors that had comforted me and made me feel secure abruptly failed in every aspect of my life. In a matter of months, everything that meant something to me fell away like leaves from tree branches in the winter.

This experience was scary and confusing, but now I know this is a natural part of life. The old ways must give way to make room for new ones to emerge. This is how we travel on the journey towards our authentic selves.

It was through these latest life experiences that I noticed my sixth sense and began to see signs of the Spiritual Consciousness that is part of all of us. For the first time in my life, I understood that we are all connected and that our experiences are blessings that shape us.

With this new awareness, I developed a voracious appetite for every book and article on this subject I could get my hands on. It didn’t take long for me—like the followers of Brian—to interpret every word I heard and every act I witnessed as some sort of mystical message from the On High.

It is what it is

One of my dominant personality traits is to become obsessive about new things, and my spiritual journey provided new fodder. With the newfound knowledge I picked up from my studies, I began looking for the spiritual meaning in everything.

I am sure verbalizing my new fetish scared some of my friends into thinking I was going crazy. The fictional Brian would not have been able to get rid of me either.

it took me a while to get there, but I realize now that not everything in life has a deep meaning. As my friend Andy often says;

“Sometimes a cigar is just a cigar.”

Andy is right. Every lizard that crosses my path (and there are millions of them in Florida) is not carrying a message to me from a Higher Power. They are just doing their thing.

We should not reserve being spiritually connected for the mystics, philosophers and religious. It is as natural for us as breathing. All we need to do is recognize we are part of this Higher Consciousness and live counting on this Being to share His/Her message with us in ways we can understand. We don’t have to obsess about it. Trust that when the Universe/God wants to tell you something, it will keep at it until you understand the message. You don’t have to worry about deciphering mysteries.

Remember, paying gratitude for your life forward will reward you with feelings of joy and contentment.

Photo by Jeremy Lwanga on Unsplash