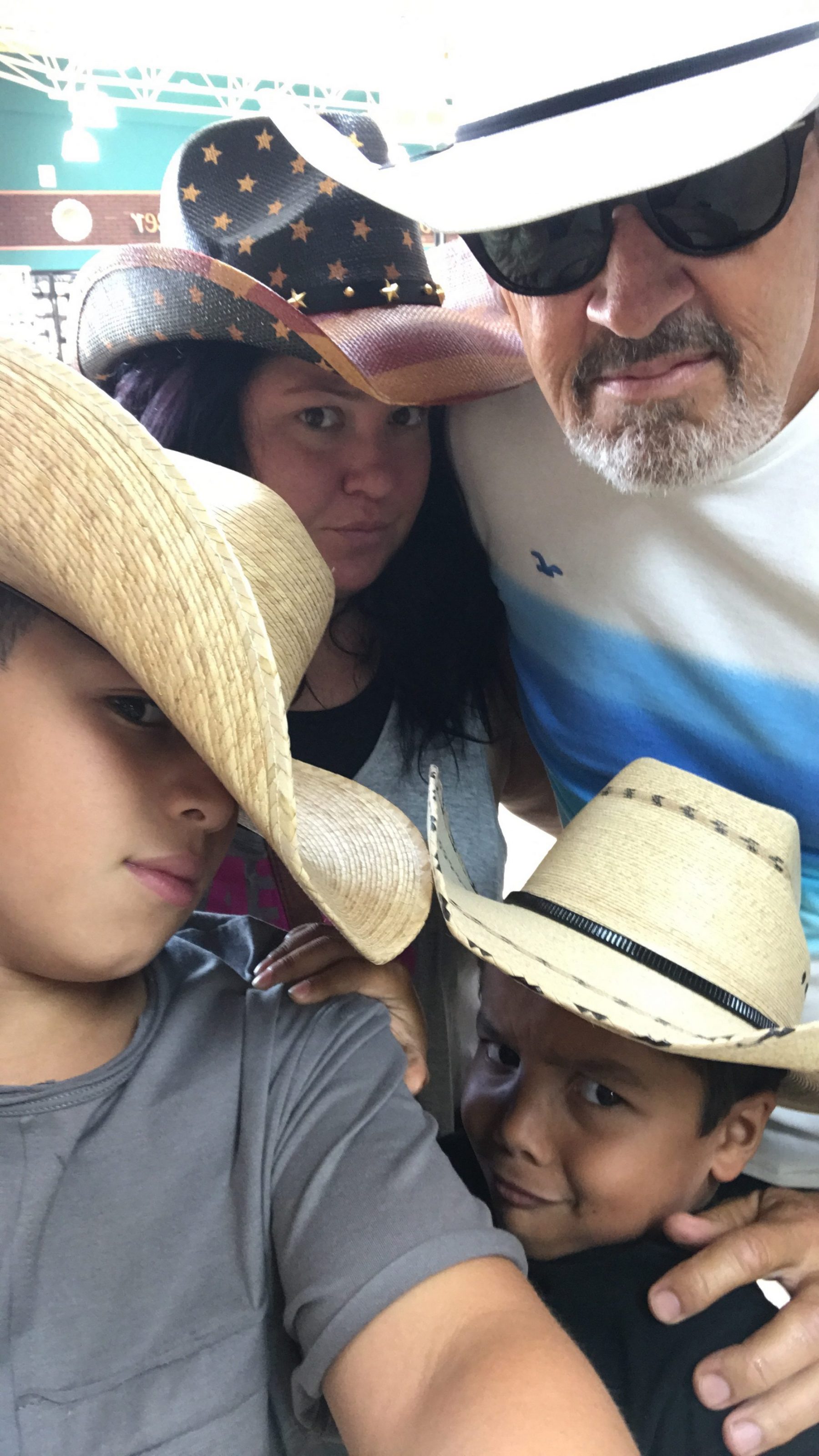 A few months ago, my daughter Molly had a brilliant idea. Based on her great memories of the road trips we had taken together when she was a child, she suggested I fly out to her home in Texas and help drive back to my home in Vero Beach, Florida with her two young boys. She suggested that a family road trip with my grandsons would cement wonderful memories in them as they had done in her.

No self-respecting grandfather would ever turn down such an offer. I enthusiastically accepted her invitation. Early on Tuesday morning, July 18th, 2017—a day before my sixty-sixth birthday—Molly, Quintin (ten years old) and Bauer (six years old) climbed into her Ford SUV and started our 1200-mile journey to Florida.

It had been a very long time since I was on a road trip with young children, so I had lost touch with some of the very important lessons I had learned back then. I am happy to announce we arrived safely in Florida. I also felt it would be of benefit to list these sacred rules of the road when traveling with children and point out the lessons I learned. The following is a list in no particular priority or category.

1)   A good music play list is an essential part of cross-country travel. Gratefully, Molly and I assembled enough music to last the entire trip. This was an eclectic collection of blues, Christian music, oldies, rock, rap, hip-hop and Salsa.

2)   If you are health conscious, it is difficult to find good food on the road unless you consider different variations of fries and chicken nuggets health food.

4)   Never, and I do mean never, give your children anything with sugar in it. You will be taken to the brink of your sanity by wild, hyper excited children in the back seat of your vehicle.

5)   When the youngest member needs to pee, stop immediately. No exceptions. Believe me, you will thank me.

6)   This is a good opportunity to learn about the enchantment each state offers. Our journey took us through Texas, Louisiana, Mississippi, Alabama and Florida. Although there were similarities, each state provided a plethora of new visages and perspectives. Bauer made this effervescently clear when he asked,

7)   Stay out of the left lane if you are not going faster than eight miles over the speed limit. This is no longer speeding and people in a hurry will tailgate you. This happened to Molly and I an unbelievable amount of times.

8)   Road trips create a great opportunity to listen. It is true what they say, spending many hours together creates quality time. Once again, Bauer, our young philosopher, brought this topic into focus when we asked him what we should talk about. He said,

9)   There is a steady conservative thought campaign taking place on America’s roads. It is astonishing to find Fox News on every TV at every stop. The strongest radio channels comprised of either conservative talk radio or Evangelical Christian Stations. It is no wonder so much of our country votes red. Occasionally, we could pick up a smattering of Country Western Music stations. I could tell it was Country music from the consistent general themes like how the crooner took up drinking after his wife left him, or that he had to shoot his dog, lost his paycheck gambling, his pickup truck broke down on the wasy to his wedding, and so on.

10) Public bathrooms are nasty. This was, of course, hit and miss (no pun intended). Many rest areas are well maintained, many are not.

11) If time is an illusion, as some spiritual leaders profess, why does it seem to go so slow when you are on the road?

12) Being on the road is like sitting and observing an endless parade of white stripes on a black ribbon. Your butt will probably have lingering pain for a week or so once you arrive at your destination.

13) Strange food causes small children to uncontrollably release lethal gas emissions. This can be deadly in the crowded quarters inside your car. For this reason, you must quickly learn a skill my daughter has labeled ‘the art of becoming nose blind’. Be sure to know, however, that Grandpa always gets blamed.

I have heard a road trip is a good metaphor for life. A reward always awaits you at the end of a long and arduous journey. I got my reward at a truck stop 70 miles west of Orlando, Florida where we stopped for gas. As the four of us approached the food store to buy the usual gut bomb, we saw a homeless man, sitting near the entrance. He stood tattered, dirty and had an old stuffed backpack sitting next to him. But he was not begging.

By the time I realized he was homeless, Molly was well on her way to greet him and ask how his day was going. After a few moments of conversation, the four of us entered the store where she bought him a hamburger, some fruit and a Gatorade. After checkout, we hurried straight for the man and handed him the food and some dollars.

The gift caught the man by surprise and he became emotional. As though on cue, the two boys approached and gave him a big hug.

I am so proud!