When Someone is Shooting Arrows, Don’t Catch Them and Stick Them in Yourself 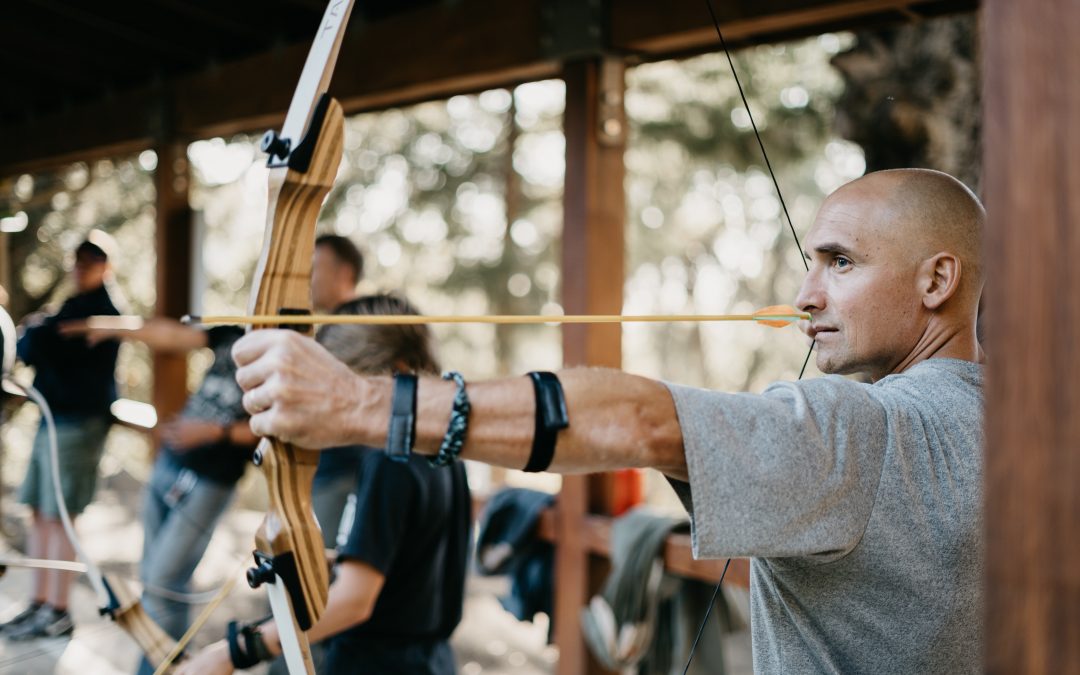 There are people walking around with pent up rage ready to explode at any moment. When they do, they are capable of slinging their verbal arrows at any target, even to those who are not the subject of their anger. If you happen to be the victim of such an attack, you can catch their insults, stick them into yourself by taking them personally, then react aggressively. Or, you can realize their comments were never meant for you and detach from the situation.

I gained this knowledge throughout my thirty-seven-year stint as a public servant from the hundreds of public meetings I hosted or attended to take input on proposed projects or policies, These gatherings could be brutal. It is the people with strong opposition to the proposal who make up the majority of the audience at these meetings and they can be extremely offensive. If you remain calm, you can detect from their reaction that your subject touched a larger wound.

The title of this article are the words I used to remind work colleagues that a display of anger may be about much more than the project at hand. These type of public hearings are successful when the project manager remains empathetic and explains the issues without rancor or defensiveness.

So it is with all aspects of life. People around you are suffering from troubled marriages, illnesses, the loss of a loved one, the daily abuse they endure from a boss or a spouse, it is hard to decipher the source. It is also true even the smallest irritant can trigger an irrational and amplified response.

When you find you have inadvertently become the stimulus for such a response, it is important to remember it has everything to do with their situation and little to do with you.

Keeping this archery metaphor in mind engenders your sympathy and concern for the person. It helps you understand they are doing the best they can and keeps you from engaging in their angry dance.

I violated my rule of thumb

A few weeks ago, I joined my usual tennis buddies to play a few sets of doubles. Once we were assigned a court, we absentmindedly headed towards it.

This was a mistake, for proper tennis etiquette demands you not appear at the designated court until a few minutes before your assigned time. Although we situated ourselves on benches outside the court, we were in the wrong, for we were fifteen minutes early.

There were four ladies playing on this court when we arrived. The site of us triggered a screaming tirade of epithets from one of them.

The reaction stunned us, but we remained in place wondering who this was meant for, but our lack of action only made the situation worse.

My mother was a very abusive woman. Her anger at my father often spilled over onto her defenseless three sons with kicks and punches. This tennis lady’s outburst triggered in me whatever pent-up anger I held towards my mother, for I caught her arrows, stuck them in myself and shot them back.

“Lighten up lady.” I said. But that provoked her even more.

Relying on the biting sarcasm I learned from my father, I yelled back,

“Maybe you should try decaf.”

That was adding gasoline to her raging fire.

Once again, I shot her arrows back by demanding that she stop talking to me. Nothing constructive came from the exchange. We finally just walked away.

I don’t know what was bothering this poor lady, but I am sure it was more than our infraction of tennis decorum. Instead of recognizing her pain, I let my ego brazenly respond and make things worse.

Undoubtedly, her behavior was abusive, but my response aggravated the situation. I did not recognize this person was a wounded soul. Perhaps, under her circumstances, she was doing the best she could, but I refused to see that. Furthermore, she and I left collateral damage on the three other ladies playing with her and on my three friends.

When my friends and I returned to claim the court, my nemesis, and I did not apologize to each other. I chose instead to give her lashes with the whip of my indifference.

Later I rationalized my lack of apology with a claim it would only enable her to continue her abusive behavior.

What can you do when someone becomes abusive with you?

My mishandling of this incident teaches something. It is a reminder about the importance of mindfulness towards others. While I do not profess that one turn the other cheek towards an abuser, it is important to remember that we do not live inside another’s skin. We don’t know the life forces that affect them today nor the trials that shaped them; it is imperative to consider they are doing all they know how.

There is no justification for abusive behavior, nor is there reason to stand by without stopping a powerful person from abusing a weaker one, like a parent beating a child. But to react as I did made things worse. If we want to better the world, we cannot let our ego rule with its desire to be right and get the upper hand.

My advice is to treat people behaving abusively as you would handle a toxic relationship; minimize your exposure. Don’t engage it, walk away. If physically confronted, push away and run.

It may be tempting to seek an eye for an eye and a tooth for a tooth, but don’t do it. As the old saying goes

Run from them. This is not cowardice, it is kindness and levelheadedness.

If you find yourself trapped, scream for help, call 9-1-1, but don’t engage in physicality back. That can only escalate the situation. This will also create more damage and victims. However, if someone does attack you, by all means, turn them in to the authorities.

Some might argue that I could have gone to her and apologized for the misdemeanor but use the occasion to also point out that her behavior was out of line. But, I don’t recommend this, you cannot reason with someone in the throes of anger.

One does not have to confront someone to show them they cannot cross your boundaries. By moving away, you prevent them from disturbing them by getting distance between you.

Once you have restored peace in your mind and you are at a safe distance, you can send them your love and care with your thoughts. Remember, thoughts have power, so your good wishes will help soothe their suffering.

Finally, be open if they should ever come to you asking for forgiveness. This is how you can help them heal. people consumed by anger shoot their arrows to release their venomous pain. Move away when they are coming at you and the arrows will land harmlessly on the ground.

Photo by Vince Fleming on Unsplash